I hate turning these episodic updates into massive screencap galleries, but honestly the richness of Bakemonogatari‘s visuals makes me feel helpless to avoid it. And as much as I try to keep my critic’s impartiality, something about the show encourages fanatacism. Senjougahara fascination is catching on fast, but, happily, Bakemonogatari doesn’t seem to be willing to rest on its laurels. 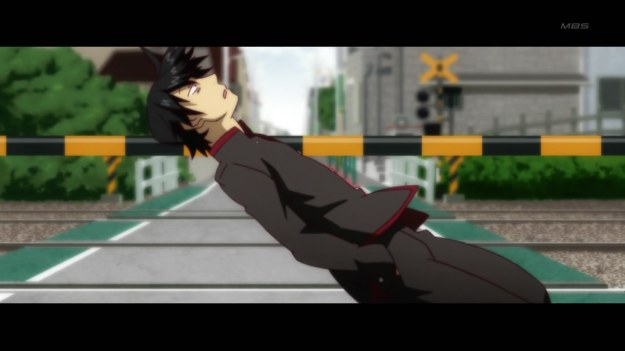 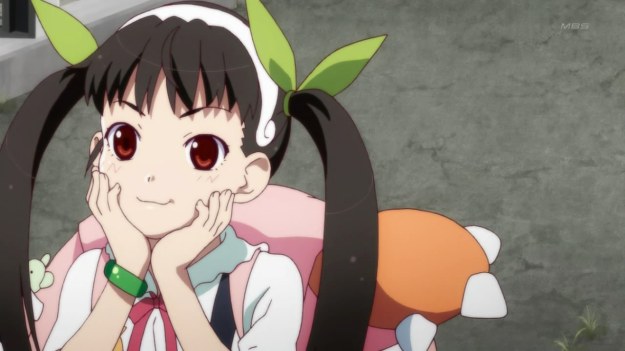 I’m slowly warming to Hachikuji, although I still don’t understand at all why her character keeps being sexualized if not for the worst kind of fanservice. She has twice the character of your average loli-type though, her stutters are still funny and she drops a memorable line about Araragi and Senjougahara ‘doing that boy-girl thing’ that the anime blogosphere will no doubt get a lot of mileage out of. 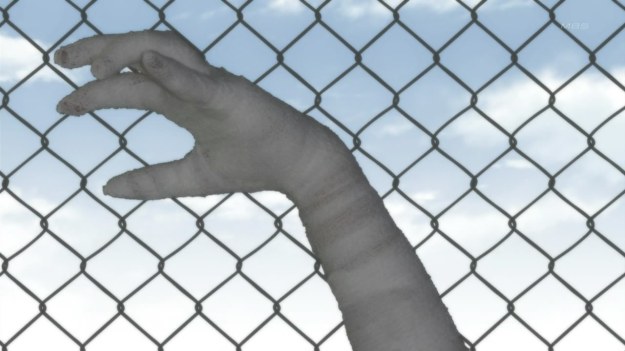 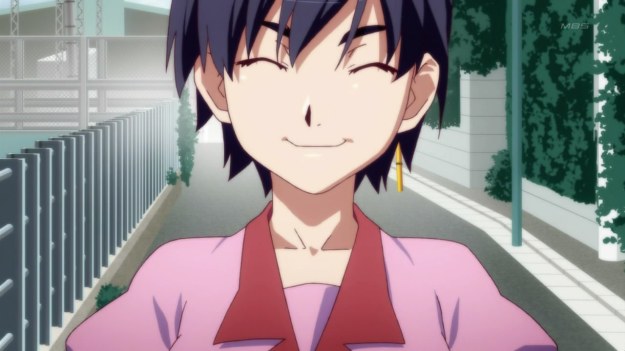 This is Kanbaru, the star of the foreshadowed ‘monkey’ arc. She returns (or it’s suggested that she returns) at the end of the episode to beat the shit out of Araragi, but otherwise we haven’t learned much about her. A poster on ADTRW suggested that Bakemonogatari‘s cast is “what happens when you take [a] generic supernatural harem and replace all the girls with actual characters”, which I think is a good way of describing the players so far; I can only hope it will hold true for Kanbaru as well. 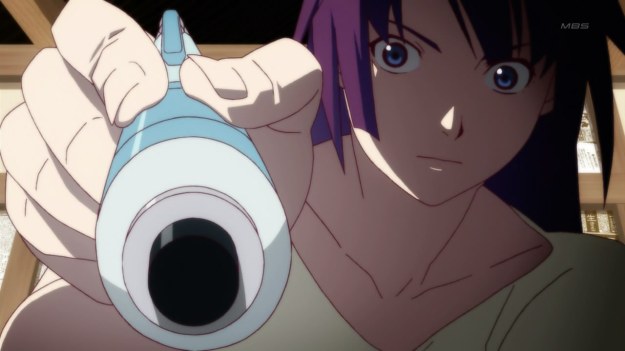 The happy couple is as wittily and violently dysfunctional as ever. Domestic abuse in anime usually tends towards comically huge hammers and person-shaped holes in shoji panels, but Senjougahara has a knack for making truly horrifying threats out of everyday objects; a staple in your cheek, a box cutter to your gums, a pen in your eye. 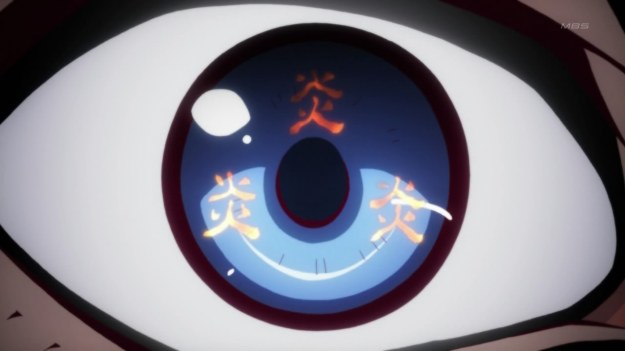 If you didn’t notice from the earlier scene with Kanbaru, the ever-present warning signs are becoming more and more relevant. 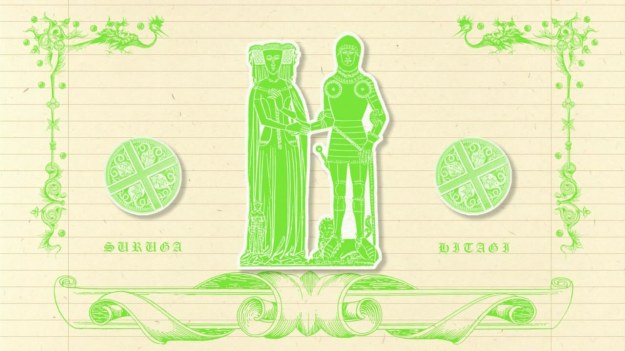 Hanekawa still feels underdeveloped, but I suspect the show will at some point revisit whatever problem she had that led her to Oshino, a subject that it has so far tactfully dodged. Her illlustration of Senjougahara and Kanbaru’s past is fabulous to behold, although Maria+Holic fans may find the ‘gothic text and cutouts on notebook paper’ style familiar. Actually the show revisits a number of old SHAFT/Shinbo visual motifs, like Senjougahara’s cutaway house (compare to Pani Poni Dash‘s classroom ‘stages’), but so far there have been no outright allusions to other series. I doubt that will hold true for long though, SHAFT has a tendency towards fourth wall violations.

The episode ends in a scene of horrific violence, as an assailant that’s hinted to be Kanbaru takes advantage of Araragi’s supernaturally reinforced mortality to brutally punish his body. The action is brief but beautifully rendered, and definitely spices up this new storyline…which is why I’m doubly dissapointed to learn that there will be no new Bakemonogatari until August 21. C’est la vie.

As I’ve said every week for a while now, this show still has the best writing and animation of the season, and is on-track to become a classic. Hopefully it can maintain the high standards it’s set for itself, and hopefully its fanbase, myself included, can survive the dry spell until episode seven.