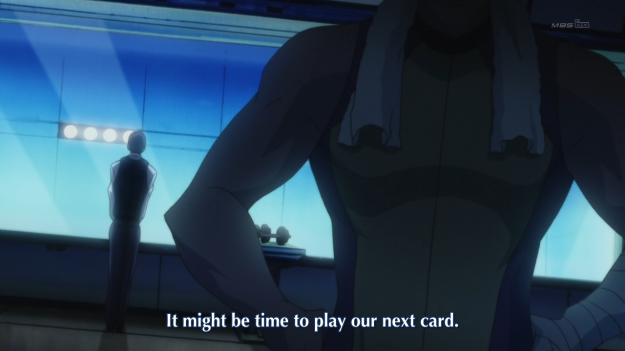 We’ve discussed one-dimensional villains before. Now, let’s talk how “Sacred Seven” doesn’t even try to conceal Kenmi’s evilness and why this is detrimental to the storyline. Don’t worry — there’s no sociological tie-in this time. 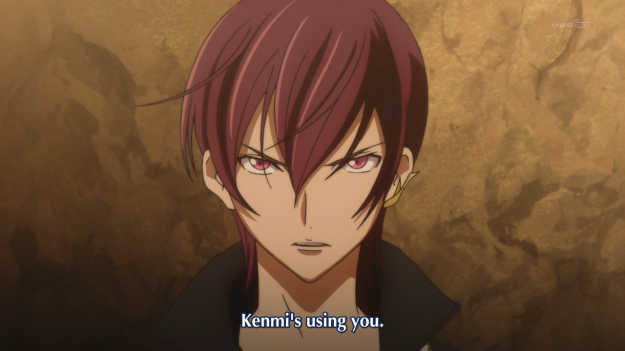 When Knight and Fei finally reveal the horrifying truth about Doctor Kenmi, Ruri and Arma are stunned. They don’t know how to react. When Arma asks Ruri who they should trust at the end of the episode, Ruri expresses her doubts for both Kenmi and Knight’s stories. Unfortunately, the audience already knows that Doctor Kenmi isn’t remotely trustworthy.

It’s not that Kenmi’s portrayal lacks subtlety — oh, it definitely does, but that’s not the anime’s biggest problem. The problem is that the anime comes right out and tells you that Kenmi’s a bad guy. There’s no surprise or subterfuge here; he’s just a baddie! Despite the fact that there’s no ambiguity here, however, we still have to watch Arma and Ruri hem and haw over whether or not Kenmi is on their side. We’re supposed to identify with the good guys, but how can we relate to them when they’re so blind to such an apparent truth about Kenmi? There’s no reason to trust Kenmi whatsoever. It’s just bizarre that the main characters are even in doubt. 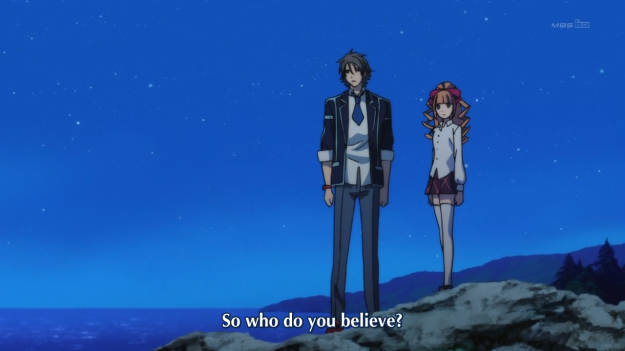 Some of you guys might realize by now that I’m a huge “Dexter” fan. The Showtime series has plenty of flaws, I’ll admit, especially when the show isn’t focusing on its titular anti-hero. Whenever “Dexter” turns its attention to the main character’s sister or the other bumbling detectives he has to work with, the show feels like any other generic cop drama. The series shines brightest, however, when Dexter gets to tango with the many villains he encounter. The villain most relevant to this post is Miguel Prado.

Miguel Prado’s gimmick is that he first appears to Dexter as a friend, and like Dexter, we don’t suspect a friend until it’s far too late. When Dexter finally realizes that he’s been double-crossed, we can understand his anger. When Dexter finally gets his chance to kill Prado, we can understand the anti-hero’s conflicting feelings: this guy used to be Dexter’s best and only friend — can he just slaughter the man like all his other victims?

Doctor Kenmi hasn’t been featured in the series all that much. I think he’s only been in three of the show’s seven episodes. Even so, he doesn’t need a lot of screentime to pull off a good double-crossing. After all, how prominent has Mr. Maverick been in “Tiger & Bunny?” His character’s sudden turn to evil has been nothing short of satisfying. As for Kenmi?

Right off the bat, i.e. the third episode, we get the vibe that Kenmi isn’t a good guy. When the good guys finally learn that Kenmi’s a bad guy, the audience’s reaction can only be “Duh.” Eventually, Arma and co. will have to take Kenmi down, and when that happens, I bet you anything that this plot event will play out staightforwardly. After all, Arma and co. barely know this guy so why should they give a damn if he dies or not? Kenmi already feels like wasted potential.

“Sacred Seven” has been disappointing since it started, and it isn’t setting itself up for anything but more letdowns.

Everything else
• Kagami seems to be getting dumber and dumber every week. Again, he tells Arma not to get involved. Again, Kagami doesn’t bother to retrieve Hellbrick from Arma even though Hellbrick has that fancy Darkstone-detecting power. 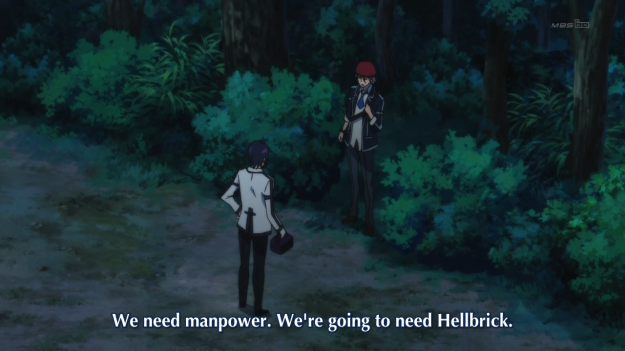 When Kagami catches Arma following him, he finally decides to take Hellbrick back. So much for that Harvard education.

• Never trust a girl when she tells you she has to pee.

I don’t like the show’s art direction, but the technical animation itself hasn’t been too bad, to be honest. Considering how “Tiger & Bunny” has looked amateurish at times, it’s strange to see “Sacred Seven” remain consistent even seven episodes in. I dunno, I guess I just expected much worse from Sunrise’s B-series.

• I’m going to have to disagree with fellow blogger hachimitsu on the quality of the action scenes. The art direction in this episode sucks (to be honest, this applies to the rest of the series as well) and I’ll tell you why. “Sacred Seven” is mostly about the action, right? We’re not watching “Sacred Seven” for the interpersonal drama, after all; if we can agree on anything, we should be able to agree that action is this show’s calling card. The art direction, however, makes it so very difficult to follow the one thing the show has going for it: Dark colors on dark colors. The opponents are hard to distinguish from one another. Same idea here:

So not only are the fighters essentially dark on dark, they’re fighting in a dark environment as well. This is a little ridiculous, isn’t it? Fei’s brother is a marginal improvement: 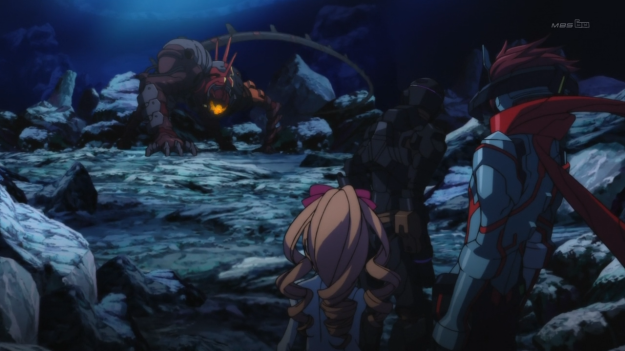 But the only real contrast is when Arma finally transforms. You can’t discern any detail in any of the other characters, especially Kenmi. Even against a puke green helicopter, Kenmi is just a black blob: When you see it, you’ll shit bricks.

So even if the animation quality remains rather consistent throughout the series, the art direction makes “Sacred Seven” far uglier than many of the other shows currently airing. And when your calling card is action, it’s a real shame when the action itself is hard to follow.