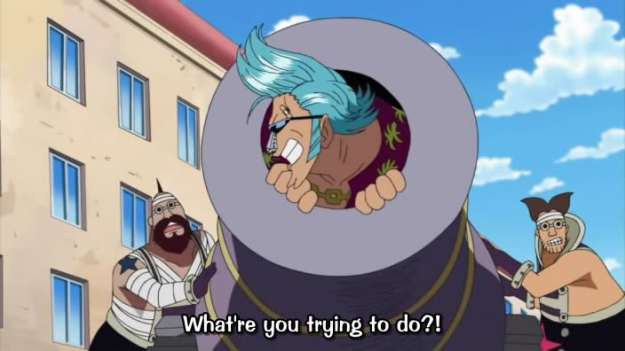 “Canon in front of them! Volley’d and thunder’d!” — “The Charge of the Light Brigade”

I’m going to ramble a bit on one of anime fans’ biggest obsessions: canon. In fact, I’m willing to bet that I’m advancing a rather unpopular position. But first, what is canon? No, I don’t mean anime canon in the sense of a body of “important” anime. If the Western canon can be quite disputed, I hardly see where an anime canon would start and end. When I speak of canon, I’m referring to something else. Wikipedia seems to define this sort of canon innocently enough: “…the original work from which the fan fiction author borrows.” In common usage, however, canon means much more than this simple definition. No, canon’s not just the original story — it’s “what really happened.” Canon has somehow become dogmatic, as if it carries a higher authority. A recent comment from one of my other posts struck me as odd:

“Well, it’s important to me which version of a series is the “real” story and which is the “fake” story.” — SailorSonic

One of the best things about storytelling came from the informality of the oral tradition. Imagine young ones gathered around a grandparent who then regales them with epic tales of love and war. What makes grandpa or grandma’s story so great? After all, it’s the “same” story everyone else is telling. Still, we cherish these storytelling sessions as children. Why? It’s because of the storyteller. 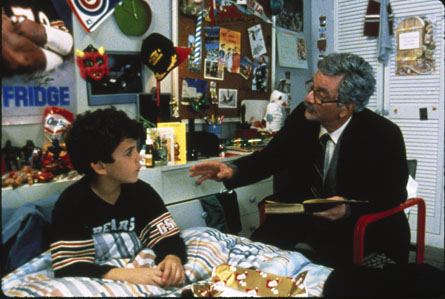 Each and every storyteller imbues his or her own quirks and idiosyncrasies into every story being told. So sure, it’s the “same” “Hansel & Gretel” you’ve always heard, but at the same time, it’s not. The core of the story may have remained unchanged, but the best part about the oral tradition is the unique and personal charm you can only get from the storyteller.

Maybe a character or two are added or omitted. Maybe the temporal order of the events have changed. So what? It doesn’t make the story any worse, does it? In fact, these changes often improve the story. To employ an analogy, we don’t follow the original recipe for chicken noodle soup; we follow our family’s recipe.

Miguel Cervantes, the great author of Don Quijote (I know most people spell his last name as ‘Quixote,’ but I’ll stick to the spelling in the translation I’ve read countless times), took this idea and ran with it:

“Don Quijote, with its dialogic structures and great range of innovation, revolutionized the art of narrative. The contemporary novelist Robert Coover claims that Cervantes’s stories ‘sallied forth against adolescent thought-modes and exhausted art forms, and returned home with new complexities.’

What were some of these complexities? In the Prologue to Part One of the novel, a fictionalized Cervantes announces his abdication of literary paternity: Don Quijote is not his child but his stepchild. By yielding the narration of his text to a cry of authors, he debunks both authorship and authority, allowing himself to be drowned out by numerous surrogates: a phantom author, editors, translators, censors, an apocryphal novelist attempting to capitalize on the success of Part One, and even ourselves. Challenging the prevailing norms for citing illustrious authorities, Cervantes returns authority to the subjective reader. Not unlike hypertext today, Cervantes urges us to participate in authoring his book: ‘Reader, you decide,’ is one of the narrator’s most engaging imperatives.”

What makes legends so captivating? It’s the allure of truth and fantasy intermingling, playing on the imagination. The legend of Don Quijote, the man, is allowed to breathe. His adventures and exploits don’t end when Cervantes’ pen stops. His life and his heroism is allowed to be interpreted and re-interpreted, spun and respun from one storyteller to another. It’s like when Grandpa “finishes a story,” but gleeful children can’t help but press him for more: “Then what happens?” Is this how a grandpa might respond, “End of story, sonny!” Or does he continue on?

Of course, Cervantes wrote Don Quijote some four hundred years before our time. Since then, canon has only dominated the discussion. Did you know Star Wars fans devised five levels of canon to distinguish their stories? Why is this necessary? Why do we shortchange our storytellers? Why do we shackle our stories to one and only one interpretation? I so often get the following sort of criticism: “You missed the point of the story.” As if stories can only convey one meaning! As if there is only ever one singular point to any tale! 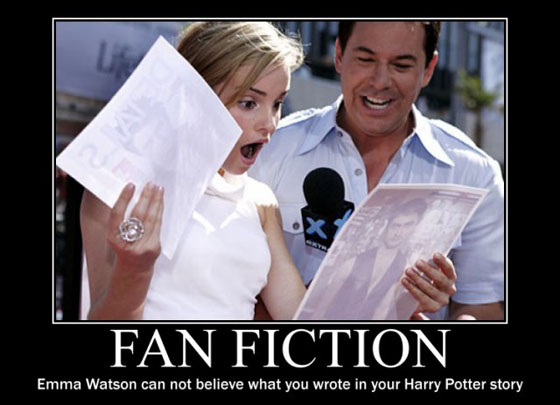 If you ask, “Who gets to decide what the point to any story,” fans will almost always answer that the author is in charge. It really does strike me as odd how Cervantes could usher forth metafiction almost exactly four centuries ago, but here we are, adhering to a dogmatic view of storytelling and textual interpretation. Barthes would try to argue against the God in the text three hundred odd years after Cervantes, but the suffocating embrace of canon remains.

It’s doubly strange when you consider how the means to storytelling has changed. In this era of cell phone novels, cheap self-publishing and fandom (from fanfiction to doujinshi), it should be easier than ever to embrace Cervantes’s vision of a living text feeding on its readers’ subjectivity. Unfortunately, fans refuse to let go and let loose. There can be good or bad storytelling, but there are no such things  “real” and “fake” stories.