Last week, I asked you guys to name me an anime you would like to see me cover. It was interesting to see all the different titles being listed. At the moment, I don’t have any definite plans on whether I’ll write about any of those shows, but should I ever need a post idea, I can always revisit the comments to that post.

Every week, Arata and his harem find a new room to trap themselves in and talk our ears off. This week, we revisit the hero’s dorm room, because it’s just so interesting.

Just tired and pointless. The main character needs to either shit or get off the pot. No one wants to watch him moan on and on about whether or not he should become a Shepherd. 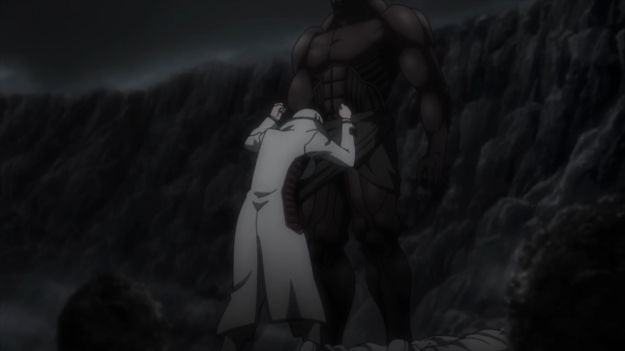 Well, it looks like Adolf is finally dead. Still, the adaptation is coming to an end soon, right? Why does it feel like we haven’t gotten anywhere? What sort of resolution is the adaptation building up to? I can’t even imagine what it might be considering how we’ve been advancing at such a snail’s pace.

Since Nozomi was last week’s designated bad guy, Kyouya had to tone his antics down. That’s pretty much the only silver lining to the show’s most recent episode.

Who else is surprised that the final showdown between Akame and Kurome ended up flopping hard? Nobody? Nobody. 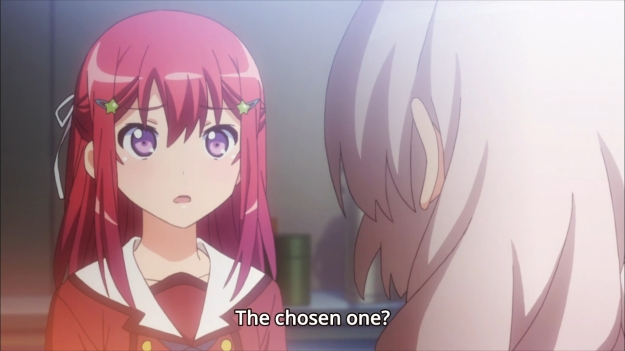 Oh wow, everyone’s in love with the delusional kid! What a surprise! Meanwhile, Sagami wants Sayumi to win Jurai’s heart, because he’s a reader and seeing the least popular girl end up with the male lead would be novel. How meta. People say Trigger needs to do the money-making shows every once in a while to fuel their more ambitious projects, but can a show like this really make money?

A Song of Ice and Fire, this is not. It’s just a bunch of kids pretending to be warlords and generals.

At this point, our overly dramatic harem anime is verging on parody.

It’s still as pretentious as ever, but on the bright side, Kousei’s buddies continue to be minor characters for the time being.

It’s so contrived. So Ema’s been trying to draw a cat this entire time, and she never once bothered to look at one in real life? So she’s been drawing her whole life, and no one’s ever told her to take a break? She’s chosen animation as a career, and she has never once considered copying others to improve her skill? The number rule to doing anything: fake being good at it until you actually are good at it. So y’know, the drama just doesn’t work for me.

And predictably enough, the main character is the only one who never seems to have a dream or goal in mind. The anime just doesn’t broach new grounds for me, which is why I find it so puzzling that people continue to fawn over the show. It’s about as rote as you can get.

I can’t help but feel that the first half of last week’s episode was utterly superfluous.

The story is silly, but I guess it had some ambition.

It’s hard for me to take any of these antics too seriously, because at the end of the day, I know they’re just a bunch of kids playing with toys. Shrug. Anyway, none of these episodes matter all that much to me. I’m just waiting for the big showdown at the end of the series.

Now that we’ve gotten the obligatory feel-good victory moment out of the way, prepare yourself for the waterworks.

Like always, a lot about the episode was dumb. But what can I say? I love me some subtext.

With hardly any episodes left, it’s clear that this series is building up to nothing special.

I love how Sora is unconsciously choking Nishiki with his hands, and when he finally comes to, her reaction is like, “Oh, you must be tired!” Still, I hope her character gets a decent ending, but with Sora becoming the real vessel for the Orochi, I don’t really know anymore.

Anyway, the story takes a direction that I was afraid it would take. Kagami has escaped from Gokumonjou, and he’s convinced Chutaro to join his side. Why would Chutaro join forces with someone like that? Duh, revenge! But that’s what gets me. I know he’s just a kid, and I know he’s angry about his brother’s fate. But why wouldn’t he go to his one remaining brother? Why wouldn’t he ask, “Yo Sora, some weirdo in the forest told me this. What do you think?” Instead, he just runs off with Kagami, no questions asked. The whole thing feels forced. The story wants to involve Chutaro so badly, but it chooses such an unconvincing way to do it.

Then the story throws another plot twist at us: Shirasu is actually a bad guy, and he intends to resurrect the Orochi. What a long con. I’m just waiting for Tenka to reveal that he’s been alive this entire time and somehow fix everything.

Tow Ubukata’s need to constantly raise the stakes and tie everything together into one massive, convoluted conspiracy continues to drag the sequel down even further. But can it get any worse?

An awkward, cost-cutting episode that leaves me feeling empty.

Last week’s episode was relatively unscathed by the exposition bug. The action scenes weren’t as inspired as previous weeks, but it could’ve been worse. 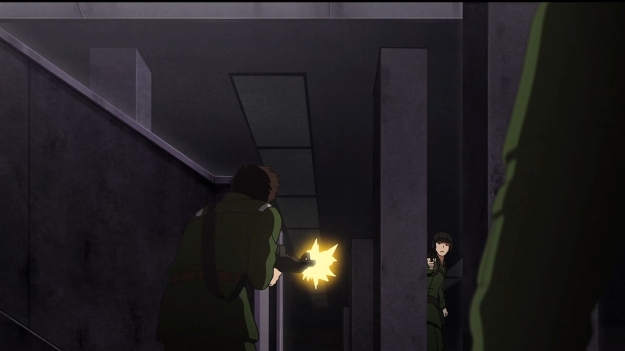 For me, the Cayenne-led rebellion started fighting back against their former allies a little too quickly for my taste. I find it hard to believe that these soldiers would quickly turn on each other just because some people are understandably tired of fighting. You’re shooting at the same men who you used to share the trenches with just days and weeks ago. That has to be a hard pill to swallow, but the episode would have you believe otherwise. Anyway, this took me out of an otherwise compelling episode.

Like always, it isn’t about what Yona does right. The shows beneath it simply aren’t up to par.

A stronger direction gives Reconguista in G a big boost. It’s doubtful, however, that future episodes will be as strong.

Not a bad episode by any means, but the pacing slowed down again, and I’m still not keen on Amira’s current personality, justified by the story or not.

I enjoy seeing Shinichi’s evolution and how it affects the people around him, but Satomi needs to become a stronger character. At the moment, she feels more like a designated love interest than a full-fledged character. The drama surrounding her is also a touch too predictable.

The Horror of week was cooler than usual, but Alfonso’s ascendency was a little too cliché.

What upcoming winter show would you not want me to write about? Maybe it’s just an incredibly boring show and you don’t want me to waste my time on it. Maybe it’s a beloved show and you think I would just trash it. The reasoning doesn’t matter. I’m just curious to see what my readers think.

20 thoughts on “Everything Else, Fall ’14, Week 9: Plot twists upon plot twists”