Violence begets violence. On a cold, winter night, Angelo’s family was murdered in cold blood right before his own eyes. Seven years later, Angelo is now Avilio Bruno, and he’s out for revenge. The young, brash Nero Vanetti is our hero’s target. But you can already see the web of violence slowly being woven. In order to get his quest for vengeance off the ground, Avilio enlists the help of his childhood friend Corteo. Corteo’s a bootlegger, and his moonshine can fetch a high price. This is the perfect ticket to get Avilio’s foot in the door. It’s unlikely, however, that Corteo will escaped from this unscathed, and Avilio’s thirst for justice may have unintended consequences. Not only that, their run-in with the unhinged Fango has not only earned our hero a new enemy, but the incident will no doubt draw the attention of the Orco family. For seven years, Avilio has perhaps meticulously planned out his revenge. But as we can easily see from just the first episode alone, things can and will quickly spiral out of control. Had it not been for Corteo’s quick thinking and knowledge of chemistry, Avilio might have died in that bar today. And yet, it’s probably too late for him to turn back. After seven years of harboring and nurturing his hate for the Vanetti family, he’s not going to just abandon his quest now. Still, it’s hard to see Avilio emerging from this story a happier, more fulfilled man.

People always say, “Revenge won’t solve anything. It won’t make you feel better.” Avilio’s family was murdered, and the perpetrators are still unpunished. He feels the need to restore balance to the universe. He desires justice. But again, revenge escalates violence, and in the end, what will a bloodbath solve? This is why we are often told to turn the other cheek. It is said that in revenge you’ll only draw even with your fellow man. If you can forgive, however, you will be superior. Studies have even shown that restorative justice — not retributive justice — is better at helping victims achieve lasting peace. I will suggest, however, that this all assumes an ideal society. Now, an ideal society isn’t a society without crimes. After all, humans are far from perfect, so how can an ideal society of flawed individuals be without crimes? Humans will err. Humans will hurt others. It stands to reason that in an ideal society, injustices will still occur. What it means to be an ideal society, however, is that those injustices will be rectified. An ideal society has laws in place to protect its people, and when those laws are broken, the state is empowered to mete out punishment. And in an ideal society, the punished will presumably learn from their mistakes, accept responsibilities, make amends, so on and so forth. The victims learn to forgive, and we can thus break the cycle of violence. But what if you don’t have an ideal society?

At the end of the day, someone still has to be punished. Restorative justice does not entirely preclude punishment. The idea there is that the perpetrator learns the full weight of his or her crimes, and the guilt alone is its own punishment. So any notion that punishment can be avoided completely is pure naivete. We just hope to avoid violence, because again, violence supposedly begets violence. But what if you live in a non-ideal society? What if you live in a lawless one? It isn’t an accident that Avilio finds himself returning to a district that is literally named Lawless. There’s little to no hope of restorative justice in a pocket of the world dominated by organized crime, so what other choices does our hero have? What can he do but turn to retributive justice? Therein lies the moral appeal of vigilantes and superheroes. Superheroes would not exist if the state could adequately maintain peace and order. We wouldn’t need Batman if Commissioner Gordon could catch the Joker by himself. Every superhuman story presumes a state that is no longer capable of enforcing its laws and meting out punishment. So yes, it is very, very unlikely that Avilio will find any satisfaction by the end of this story. But the punishment must fit the crime.

Even organized crime syndicates like the mafia feel the all-too-important need to maintain order amongst themselves. This is why you have hoodlums like Fango. Their job is to strike fear into their enemies, and send a message: “This is retaliation. Don’t cross us again if you don’t want trouble.” In a way, this is a form of revenge, and it doesn’t merely seek to make things right, i.e. restore justice for the alleged victims. Rather, this act of revenge also serves as a warning; it tries to prevent future wrongdoings from occurring in the future. In doing so, these organized crime syndicates strike a precarious balance. They exist to break society’s laws and thus profit from their crimes, but as long as these families stick to their own territories, peace and cooperation exist between them in a bastardized way: “If you don’t mess with us, we won’t mess with you.” In a twisted sense, revenge can have beneficial effect on various groups. Can we extend this line of thinking to extreme acts such as murder? 91 Days has tragedy written all over it. Avilio looks as though he’ll stop at nothing to get his revenge, and this quest may very well break him. He may have doomed his childhood friend as well. The personal cost of revenge is likely far greater than its rewards. But what about the greater good?

It’s hard to imagine that there’s a greater good in vengeance, but again, this is not an ideal society. This is a lawless one where the strong preys on the weak. Avilio’s quest for revenge is thus a way to tip the scales in the other direction. After all, the ideal society seeks to protect the weak among us. Our hero may not exist in an ideal society, but that is why he’s a vigilante. Otherwise, he could just turn to the authorities. But with nobody to turn to, he’ll have to impose order on a lawless society in his own way. Even though order may exist between the various families, within each family’s respective territories, they rule with an iron fist. And as rulers, justice doesn’t apply to them. The strong can prey on the weak because they don’t fear retaliation. Avilio’s family was murdered in cold blood, because the killers could get away with it. It wasn’t a crime of passion. The men who shot his family won’t feel guilt or make amends. 91 Days doesn’t exist in that sort of world. The killers made a calculated risk. Even if Avilio’s father Testa had turned over the ledger, they were likely going to kill his family anyway. Our hero’s only option in a lawless society is to send an invaluable message of revenge. It is a warning to these families that even if you prey on the weak, there will be retaliation.

A few quick and minor comments to wrap up this post… so far, 91 Days has a pretty compelling story. After all, who doesn’t like a good revenge? If I have to nitpick, the animation is pretty average. The muted colors make sense considering the story’s overall tone, but the art direction itself doesn’t really stand out. The bar, in particular, was a bland and featureless room. On the outside, the architecture feels small and rather unremarkable. There’s not much character to the setting, which is something the anime could really take advantage of. Perhaps the buildings exudes a sense of oppressiveness, for instance. I just want more from the visuals. On the audio side of things, the musical tracks that played during the OP and ED sounded nice (and Godfather-esque, I suppose), but the rest of the episode was forgettable. The soundtrack didn’t really do as much as it could to heighten the tension in either the murder in Avilio’s home nor the chaotic shootout in the bar. Finally, the voice acting for the tough guys have the problem of blending together. They all have that same deep, raspy voice and that same gangster inflection. I don’t have trouble distinguishing the various speakers, but it just ends up sounding homogeneous. But yeah, technical issues aside, 91 Days is off to a solid start. Let’s hope it can maintain this momentum. 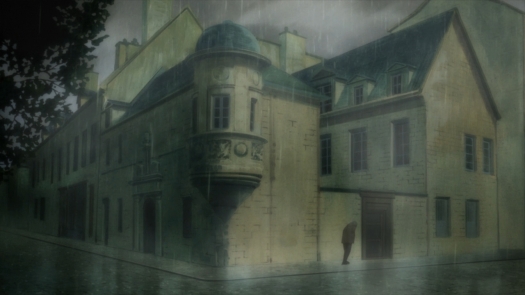 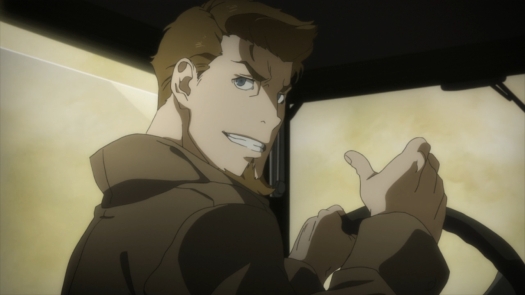 8 Replies to “91 Days: In defense of vengeance”