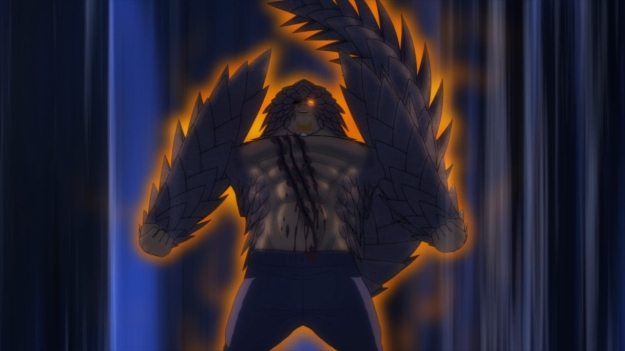 — At first, Hitomi is toying with Hippie Pangolin and having a blast. After all, she’s much, much faster than that armored freak.

— Yoko’s only good for silly faces.

— At one point, she bumps into one of the lights and it threatens to land onto a patch of flowers. Hippie Pangolin goes out of his way just to protect those precious flowers. Hitomi has no clue that he’s such a hippie, so she nearly steps on some flowers herself. This gets Hippie Pangolin real mad.

— It quickly becomes apparent, however, that even in her evolved form (Ultra Instinct?!), Hitomi’s claws can’t even dent Hippie Pangolin. She can keep dodging all she wants, but eventually, one of those blows will land. Oh no, whatever will she do! 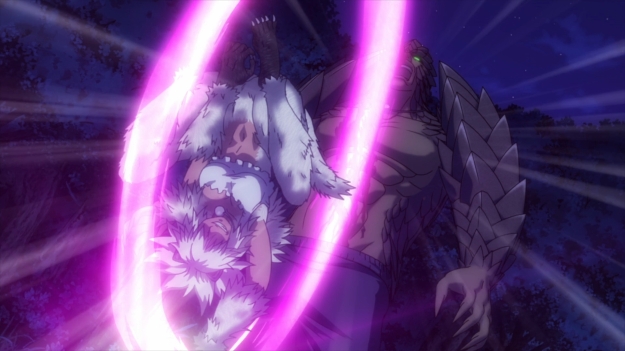 — Oh, just come up with a fancy move! ‘Cause y’see, honey badgers go nuts when they have to fight a predator several times their size… or something.

— Hippie Pangolin counters by turning into a defensive ball again. This time, however, Chesty Cheetah warns Hitomi about his sneaky attacks. As a result, our heroine kicks him into a bunch of nearby trees.

— Oh no… I’m the tree-killing baddie now! That’s what he gets for wasting his time here. After all, instead of going after all the environment-harming companies in the world, he’s stupidly participating in this dumb Destroyal. He should be in the Amazon rainforest, hunting down loggers or whatever.

— Needless to say, this triggers a flashback. Something about his dear mommy leaving him, and his terrible father stepping on mommy’s precious flowers. Dumb.

— But this is enough to trigger Hippie Pangolin’s ultimate form: Momma’s Boy Pangolin! Just like Jiren, he too will max himself out to go up against Ultra Instinct Hitomi! 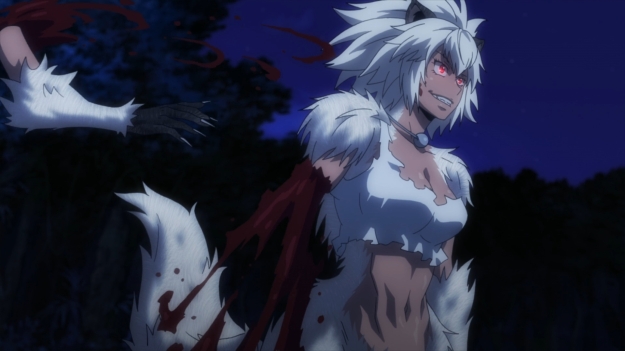 — Before she can even react, our heroine instantly loses an arm. Naturally, she starts crying out in excruciating pain.

— Oh shut the hell up, Chesty Cheetah. Shut up about your goddamn brother. He’s already lost.

— Hitomi bites down on her remaining arm to calm herself down, but the problem is that Momma’s Boy Pangolin no longer cares about the environment. Hitomi quickly finds herself pinned down by her foe’s tail.

— But just as Momma’s Boy Pangolin readies himself for the finishing blow, she quickly dodges out of the way with her missing arm. She chucks it right at the guy’s wounded eye, then in his confusion, she closes the distance!

— Mama? You see your mama in this? Man, I feel sorry for you…

— And as a result, Ultra Instinct Hitomi defeats Momma’s Boy Pangolin by going through his mouth and punching out his brains. Something, something honey badgers don’t care.

— Unfortunately, Hitomi keels over from her wounds and goes to sleep. And for some reason, the brainless Pangolin is still moving… how? Why?

— Not so fast, my friend! Bunny Girl is still alive! 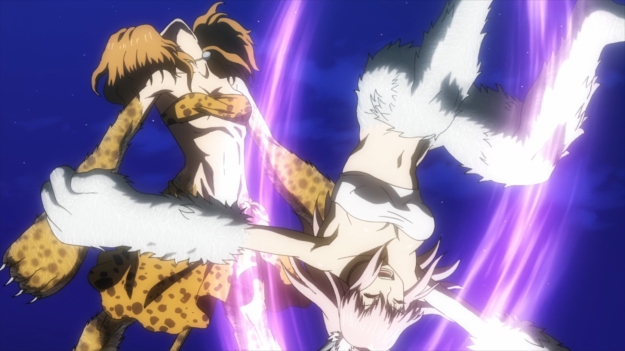 — But Bunny Girl can only run! Ah, but y’see, Bunny Girl can’t even run well. She trips over a rock and inadvertently kicks Chesty Cheetah. This instantly knocks the stupid cat out, and Bunny Girl is now the winner! It’s just like how Frieza is going to win in Dragon Ball Super!

— Silly Yoko face for the last time. Say goodbye to your pervy grandfather.

— Speaking of Yoko’s grandfather, he wants to maintain the status quo, but the winner clearly has other designs.

— All of a sudden, the lights go out across the entire boat. On the island, the film crew has been brutally murdered by chameleons. Lots of them! Someone intends to erase all evidence of this Destroyal. Tune in next week for the Killing Bites’ finale episode! You can’t deny the fact the show is succinct. Had this been Dragon Ball Super, it would’ve taken Hitomi fifty episodes just to master her Ultra Instinct form.