Just ’cause I have to. 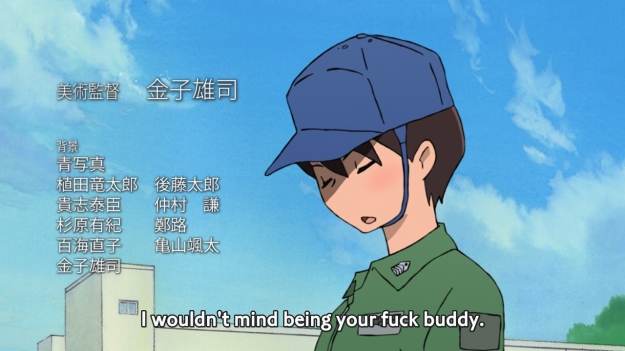 I was really disappointed by how the show ended. You either go for the bittersweet conclusion where someone dies and we all cries buckets of tears, or you go for the super cheerful ending where everyone survives and the main couple gets together for good. The show tries to split the difference, and this just leaves a bad taste in my mouth. By the time our heroine reappears, the final episode and thus the show are already over. As a result, there’s no real mushy satisfaction to glean from the fact that she and Haruto can now be together forever. If anything, the ending just raises more questions. If Hisone and Masotan survived the ritual A-OK, then where the hell have they been for the past three months? Just joy-riding through the sky? Did she sneak home and tell nobody? ‘Cause surely, she needed to have eaten something to survive for the past three months, right? She also needed to bathe, right? And nobody likes to talk about it, but she needed to take a dump like any normal human being, right?

I thought Kuno Misaki did a bang-up job voicing Hisone. She gave the character a lot of charm, which really helped me survive a lot of the show’s slower moments. Who didn’t love her silly licking noises? Apparently, she also voiced Poppi Alpha in Xenoblade Chronicles 2. I’ll have to revisit that. All I remember is the robot’s lame English voice. Anyways, the heroine’s budding relationship with Haruto ended up being better than expected. I really loved the moment when she realized the true extent of her feelings, so she ran off screaming incoherently through the night. Unfortunately, the rest of the characters never really came into their own. I don’t care for the dragons. Personality-wise, they never seemed all that interesting to me. I dislike the show’s need to pair each of the girls up. Sure, Yutaka decided to stop being a perverted asshole, but I still felt like El fell for him too quickly and easily. As for Liliko having an interest in “Kingdom?” C’mon. I’m sure that was supposed to be a throwaway joke to cap off her character in the finale, but that’s my point: the story further relegates her to being a gimmick.

Most of all, I was never drawn into the show’s setting. The whole deal with the dragons and conducting a sacrificial ritual once every 74 years simply never captured my imagination. I think Hisone to Masotan is a solid anime series, but to call it criminally underrated is hyperbole. It’s just fine. It’s not something I’ll remember in a few months, though.

In the final few episodes, Iroha’s brother gets in the way of her relationship with Hikaru, ’cause guess what? Iroha and her brother aren’t really blood-related. It’s still gross, though. If you’ve been living as a family since you were five, that’s still incest in spirit, buddy. Anyways, Hikaru isn’t really deterred by her brother’s creepy attempts to break them up, but it still never feels like he’s learned anything. Lately, he’s been putting more hours into his part-time job, because he wants to save up enough money and buy Iroha a decent ring. As a result, they can’t walk home together as often. Does he tell her what he’s been doing though? Of course not. Nobody ever communicates properly until one side is about to cry. Sure, he wants the ring to be a surprise, but he doesn’t have to hide the fact that he’s been working at his part-time job from her. Just make up a dumb white lie that she’ll easily forget once the ring is on her finger. Something like, “Oh hey, I gotta earn some money to pay my mom back for something, haha.” Instead, Hikaru makes it seem like he’s distancing himself from his own girlfriend. Even though Iroha trusts him, after finding out that her skeevy brother tried to break them up, what person wouldn’t naturally worry? After all, her boyfriend’s been known to do some stupid shit throughout the series.

I then get to watch Hikaru hand Iroha the ring at school, which makes her cry tears of happiness. But does he embrace her? Of course not. They can kiss and make out, but holding your crying girlfriend? No way, dude! Anyways, let’s wrap this up. Bad animation, lame voice-acting, terrible characters, horrible drama. 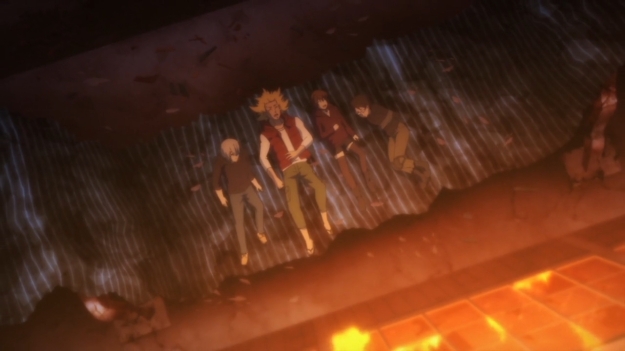 If you’re curious what happens, Eia saves everyone. The end. At some point, I just lost all interest in the show. I briefly scanned the last few episodes, but it didn’t look like I missed much. I’ll still grade it, I guess. 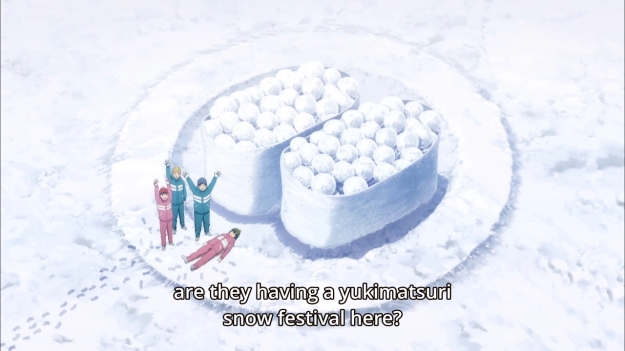 I really like this show, and I would love to see a sequel. It’s just unfortunate that comedies like Hinamatsuri never seem to have a proper story, and as a result, they also lack a proper conclusion. This series, for instance, kinda comes to a random end. Hell, it doesn’t even take up the entire final episode, so we spend half of the episode with Mao finally leaving for Japan. Have you ever seen an episode with two ending credits? Well, you probably have, but this is the first one that I’ve seen in a long time.

Anyways, I appreciate the show for being mostly funny from start to finish. There were a few dissonant episodes with Anzu, but maybe the mangaka really just wanted to show off his ability to do drama. But I digress. I’d recommend this show to anyone.

What really annoys me is when a character is taken down only to return in the very next episode. It just cheapens everything about their defeat in the first place. The last time I covered the series, Princess Tagitsu had absorbed Hiyori into her body. What do we see in the very next episode? Kanami makes a small cut on Princess Tagitsu’s chest, and this somehow immediately allows Hiyori to reemerge from the evil aradama perfectly fine and healthy. What? Anyways, in order to seal Princess Tagitsu for good, the two girls end up having to seal themselves in the netherworld. In doing so, they end up meeting their mothers. It turns out Kagari and Minato’s teenage spirits have been trapped here this entire time. They then show our heroines how to escape. So happy ending for everybody! Yay! I mean, Yomi’s dead, but eh… 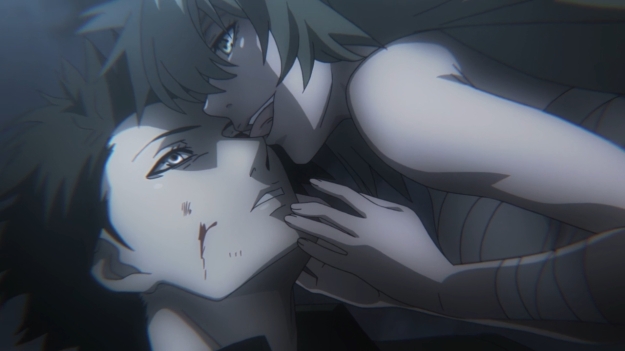 Yeeeeeah, I’m not touching Tokyo Ghoul ever again. Ken goes through the same shit every season. Meanwhile, the story keeps bloating itself up with more and more characters I don’t give a shit about. Did any of you shed a tear when Shirazu died? I didn’t.

Apparently, Full Metal Panic! Invisible Victory‘s last two episodes will air as a double billing, so I still gotta wait on that. And because Beatless bogged itself down with so many recaps, we’re still four episodes away from the story’s final conclusion. Ugh. I thought about posting pictures of my dinners from the NYC trip, but I don’t think the interest is high enough. If Crunchyroll and Amazon can get their hands on the rights to a new show or two today, I’ll be back with another update. Until then, I’m going to continue replaying Shin Megami Tensei IV. Yep, after Strange Journey Redux, I wanted to give the game another shot. I still think the story’s ass, but the gameplay is fun.