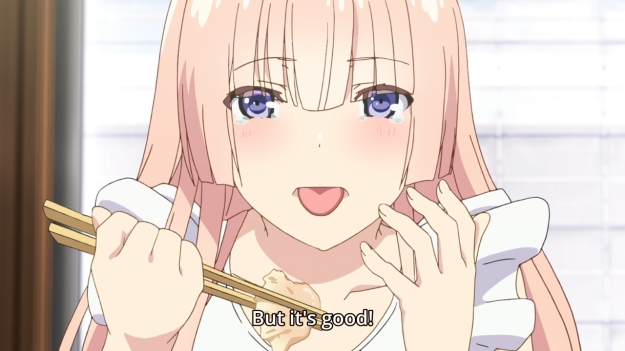 Get it? “Flew out the window?” This is the brilliant, hard-hitting analysis that you can expect from Moe Sucks in 2019! Anyways, while I’m waiting for more interesting shows to watch, I may as well kill some time with Girly Air Force. My biggest concern going into this anime was, well, the medium’s fondness for slice-of-life nonsense. And what do we get this week? Nothing but slice-of-life nonsense: 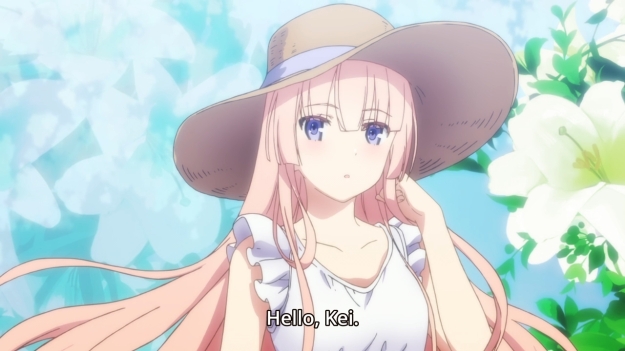 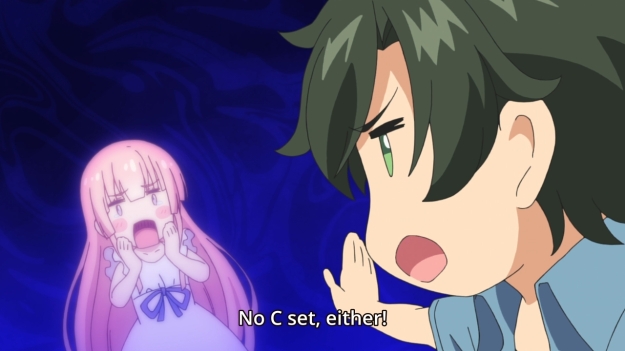 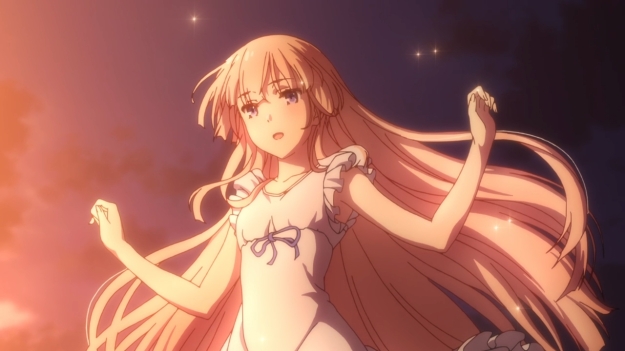 This is a serious show about the air force, you guys. This is a serious show about humanity’s last defense against the mysterious Xi (more on this later). When we last left off, Yashiodoori had a job for our hero: keep the pink-haired girl awake and help her take flight. What does that mean? Well, remember when she jumped into action and shot those enemy Xi fighters down? But then immediately afterwards, she crashed into the ocean? Yeah, that’s her primary problem. A weapon isn’t very effective if you can’t use it for very long. But for some strange reason — well, like all anime protagonists — Kei just has that extra special sumthin’ sumthin’ to him. And this extra special sumthin’ sumthin’ is the key to unlocking the girl’s true combat potential. Already, you can kinda tell how this story might unfold. Our hero wants to get his revenge against the Xi, but as he grows closer to the pink-haired girl, he’ll have to balance his bloodlust with the fact that he cares about her well-being. Ho-hum.

Before I go any further, I wanna point out that the girl’s name is simply Gripen. Yep, she’s one and the same with the fighter that she operates. So what does Kei’s job entail? Nothing, really. He’s literally being paid to spend time with a cute anime chick. His first day was showing up, eating breakfast with Gripen, paying a visit to her secret hideout on the base, and… that’s it, really. The next day, she came by his place. As a result, they hung out some more, ate ramen and gyoza, and ended the day at a beach. What a job! More importantly, what an episode! I’m so glad I tuned in! Nothing could be more exciting than a guy essentially going on two dates with a girl! Wait, what is this show supposed to be about again? Oh right, creating humanoid piloting devices that can help defend us against the Xi.

So I guess it’s now time to discuss the Xi and what little we know about them. I’m not expecting a full blown dissertation on the antagonists and their modus operandi, but give me something, right? After two episodes, I should kinda know what I’m up against, right? At the moment, I know that the fighting takes place in and around China. This week’s episode only throws in the extra tidbit that the (presumably) Korean Peninsula and the island of Taiwan are also involved. I also know that the Xi fly special fighters that normal humans in normal fighters can’t hope to compete with. As a result, brilliant minds like Yashiodoori have developed a countermeasure like Gripen. But beyond this, I know nothing else about the Xi. Nothing at all. Nothing about their overall aims, nothing about what they actually look like, etc. Our only real clue is that the Japanese media refers to this conflict as a civil war in China. Okay then. As a quick aside, I found it extremely amusing when Kei took huge offense at one of the newscasters daring to suggest that they should try and have a sit-down with the Xi in order to discuss a peaceful resolution. Rawr, we must fight! Rawr, Japan must be ready to deal with any situation that arises in East Asia!

At the end of the day, after spending about ten hours with Kei, Gripen just falls asleep outta nowhere. So as you can see, it would be really bad if this happened in the middle of combat. This is when Yashiodoori reveals that he and his people have been keeping a close eye on the girl and Kei all day long. Again, our hero’s job is to help the girl realize her true combat potential. We are told that Gripen has only managed to stay awake for three consecutive hours until today. Like I said, Kei just has that extra special sumthin’ sumthin’. And after about 20 minutes of pure fluff, the episode finally gets serious: if Kei doesn’t “fix” Gripen in time, she will be scrapped entirely. Obviously, Gripen is just a child. After all, she literally acts like a child all throughout this episode. She knows why she exists, but knowing something is very different from actually believing in something. Yes, she is born to fight the Xi and protect humanity. But does she believe in fighting the Xi? Which is why just earlier in the episode, Kei had to deliver us a sob story about his dead mom. As a result, Gripen has to do her best in order for our hero to get some vengeance! 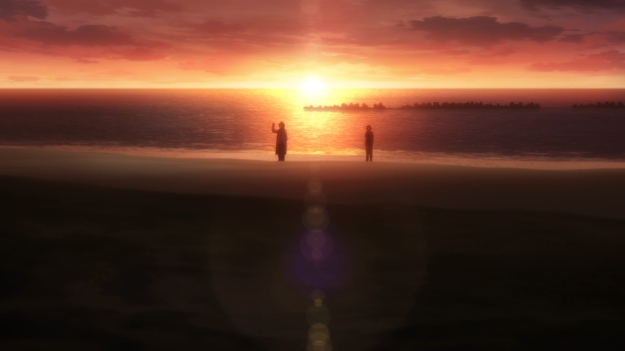 Yeah, yeah, it’s too early to say how this will all unfold in the end. But it’s all just so curious, isn’t it? I’m not saying that the narrative feels hawkish, because at this stage of the game, the story can still go in any direction that it wants. Nevertheless, the pro-war building blocks have been laid down, and I’m curious to see how they’ll end up being used. But who knows? Kei might ultimately want to protect his precious pink-haired waifu from combat once he realizes that war is no joke. We could also continue to drown ourselves in slice-of-life nonsense. That might happen, too.