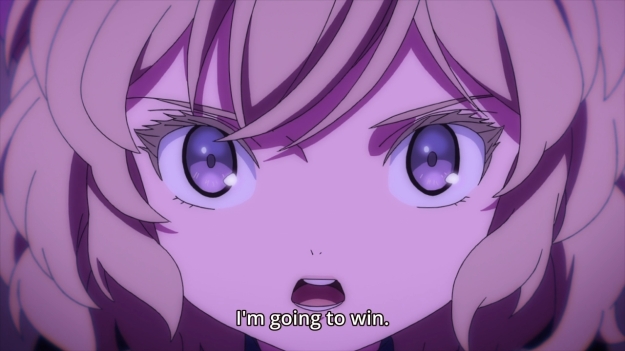 Last week, Kotoko crafted a story that drew in people who are skeptical of ghosts. In the first half of this week’s episode, she goes after the exact opposite. Instead of denying the existence of Steel Lady Nanase, our heroine doubles down on the idea itself. Our ghost truly is Nanase’s vengeful spirit! Not only that, she’s on a mission. Well, as much as I like to be scared, I truly believe that ghosts and the paranormal in general are silly and illogical. So fittingly, Kotoko’s second tall tale is just as silly and illogical as one might expect. She invents this fanciful story about how Nanase’s father resented her success, so he staged a suicide that would also drag her down with him. Oh, it gets even better. After Nanase then died from the steel beam accident, she met her father in the afterlife! As a result, she has returned as a ghost in order to clear her name! Ridiculous, right? But as we’ve said before, Kotoko’s goal is to chip away at public consensus. She’s tackled the skeptics, and now she is going after the ghost-believers.

Naturally, her second story isn’t airtight. It does the trick for some, but not everyone. As a result, Kotoko immediately pivots to a completely different angle because she saw this coming. But who, then, is this third story for? Well, rather than Nanase being a ghost, our heroine puts forth the idea that this is all a fabrication… which it is, isn’t it? A fabrication by Rikka’s hand, no less. But Kotoko doesn’t come out and say something like, “Oh, this lady who can’t die wants to test her powers, so she created this rampaging monster using a painting and her website.” Nah, the girl goes in a different direction that draws Rikka’s ire. Let’s say you accomplish something that you’re proud of. All of a sudden, you hear someone try and talk about what you did, but they get it all wrong. Some of us would feel as though we have to interject. We would feel as though we need to make our presence known and correct their mistakes. And this is exactly what happens. Kotoko’s third story directly pulls Rikka into the conversation. 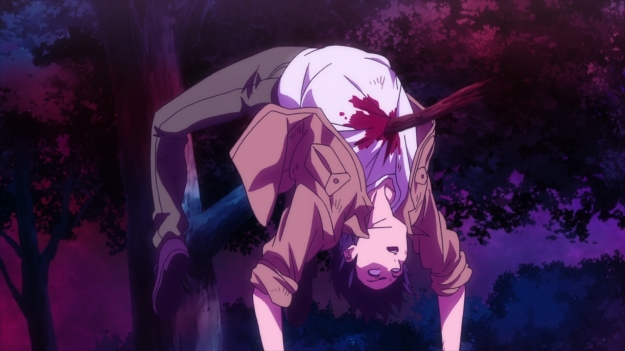 This brings us right to the end of the episode. Next week, we’ll get Kotoko’s fourth and final story, and we can expect her to pull everything together. The major theme of the series has been consistent from start to finish: people care more about being entertained than the truth. Now that Kotoko has drawn Rikka out, she simply needs to invent a story that 1) is much more interesting to the audience than Steel Lady Nanase, and 2) makes Rikka look suspicious if she continues to attack Kotoko. Still, this is (again) not the most exciting episode. I feel more confident than ever that Kyokou Suiri just isn’t suitable for anime. Our heroine’s stories are kinda clever, but they aren’t interesting to watch. That’s kind of important for anime, isn’t it? But since I’m already ten episodes in, I might as well finish the series. Plus, I’ll still follow the manga. If they continue to adapt the original light novels into anime, however, I doubt I’ll cover the sequel.