Before Yuuko ended her own life, she explained, “People have many sides to their heart. They’re all truths. You will not decide mine!” Yuuko did not want Inga to peer into her soul — the implication here being that Yuuko wants to affirm her own truth. END_OF_DOCUMENT_TOKEN_TO_BE_REPLACED

The problem with this week’s episode is that everything tangential to the actual mystery is actually more puzzling than the case itself. END_OF_DOCUMENT_TOKEN_TO_BE_REPLACED 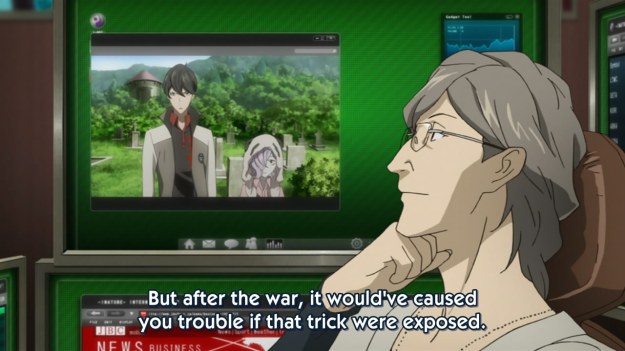 Here’s a passage from the Wikipedia entry on ‘film noir:’

Film noir is often described as essentially pessimistic. The noir stories that are regarded as most characteristic tell of people trapped in unwanted situations (which, in general, they did not cause but are responsible for exacerbating), striving against random, uncaring fate, and frequently doomed. The films are seen as depicting a world that is inherently corrupt.

In other words, “Forget it, Jake. It’s Chinatown.” END_OF_DOCUMENT_TOKEN_TO_BE_REPLACED 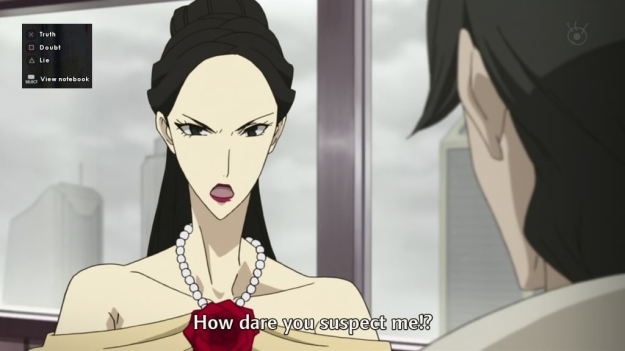 I’m tired of your shtick, Kanou. Spill it or we take you out in the alley and we knock it out of you!

Anime fans have been so inundated lately with boy-tsunderetard sleuthing combos that it’s hard to get up for yet another detective series. END_OF_DOCUMENT_TOKEN_TO_BE_REPLACED