Whew, just a false alarm. No need to worry, guys — Kakeru didn’t have sex. It was all just a “dream.”

That’s right, the last episode was nothing but precognition. Somehow, he just knew that if Yuka died, he’d get some sexing. Good thing he made sure he didn’t!

Nothing interesting ever happens. The entire 11th episode didn’t happen. Kakeru sacrificing himself? Doesn’t get to happen either: 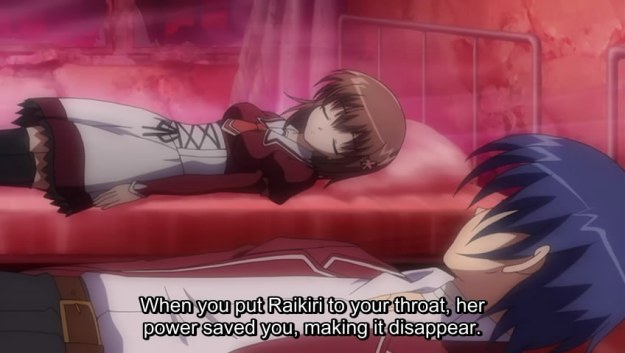 Why are you telling me this? Why didn’t you just animate it? Hasn’t anyone ever heard of “show, not tell?” Instead, we get pointless exposition after pointless exposition. Half of the damn finale was exposition and flashbacks. Truly riveting storytelling. Yuka’s totally unhinged and tried to injure other people for daring to touch Kakeru, but it’s alright! Here, take this montage of her being a loyal childhood friend. 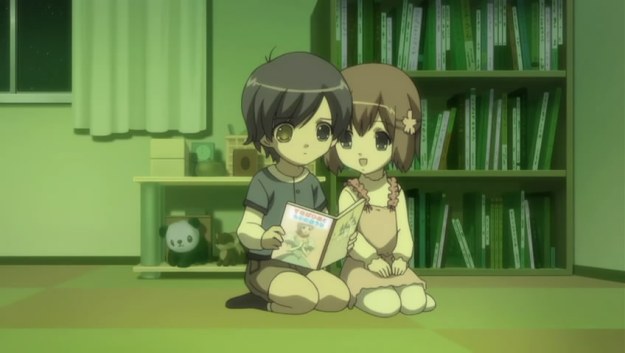 Aw, doesn’t that warm the cockles of your Pocky-clogged heart? I’m just gonna skip right to the final battle. 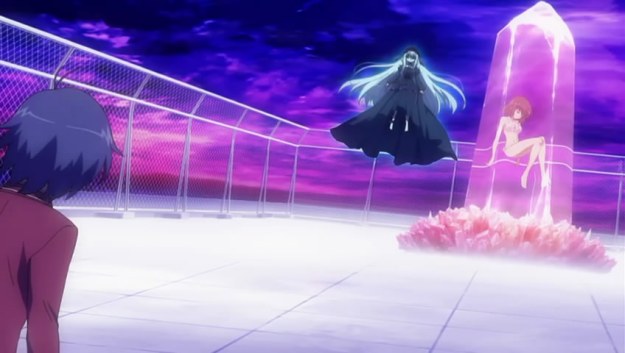 To prevent Yuka from interfering again, Liselotte sealed her off in a giant crystal. 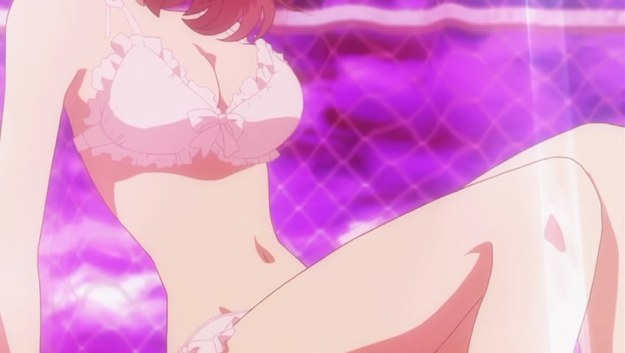 She also stripped Yuka down to her underwear for no reason whatsoever. 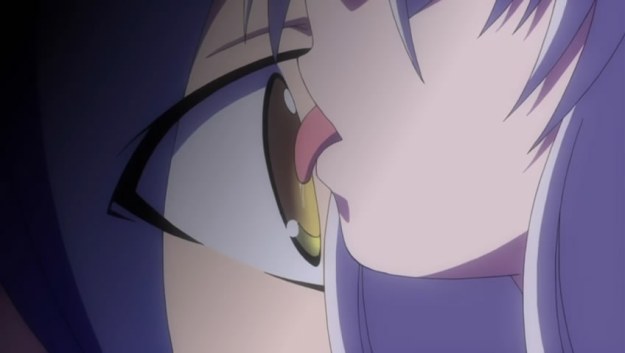 Liselotte then made out with Kakeru’s eye. Yep, his eye is bigger than her fucking tongue. Shiori then sacrificed herself so that Kakeru can use her space/time powers to toss Liselotte into a rift. Why they didn’t do this in the first place is anybody’s guess. Of course, Kakeru can’t do it alone. 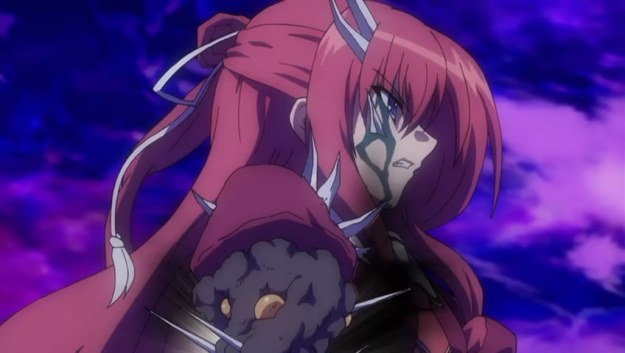 Misuzu totally roided out to protect the man who chose some crazy yandere bitch over her. This means yellow bulbousy growths and spikes. Yep, spikes. Why? I dunno — maybe Liselotte is Mega Man. While Misuzu was busy playing Link to Liselotte’s Agahnim… 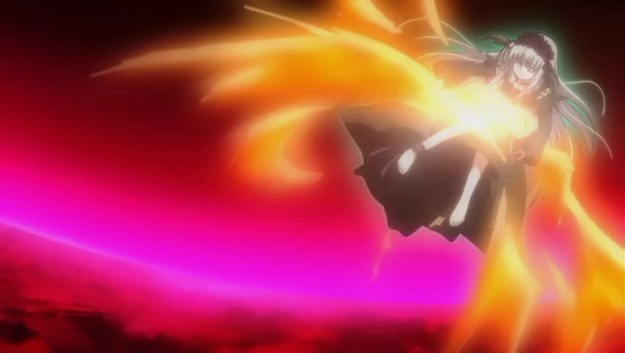 Presumed dead, Avaritia appeared out of nowhere to hold Liselotte still so Kakeru could play hero. Why they needed Kakeru to do it of all people, I have no goddamn clue. Why couldn’t they all team up and hold her down in the first place? In the last episode, Superbia was holding Liselotte still just fine. Oh I guess the last episode never happened at all so its logic doesn’t count. Well, that’s it — the witch is dead and everyone can go back to their boring lives. 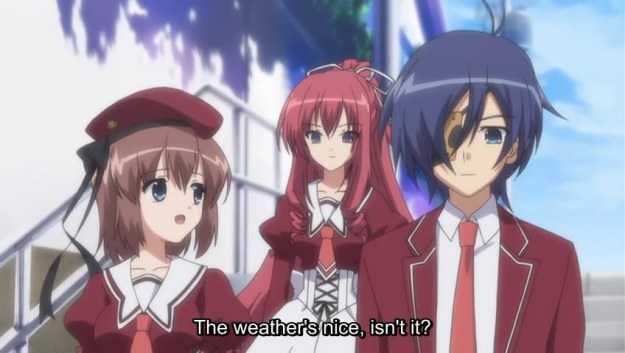 I know for a fact people only talk about the weather when they have absolutely nothing worthwhile to say. What a lovely ending.