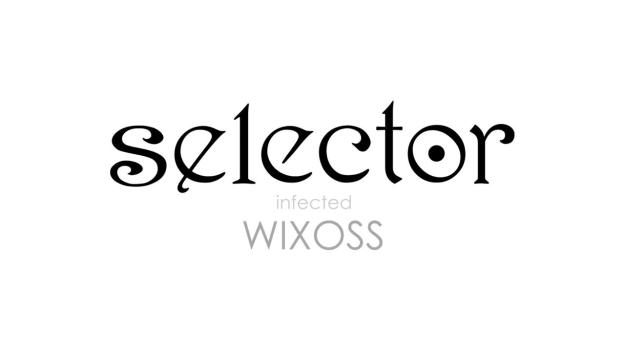 I doubt I’ll be blogging this anime from week-to-week. It’s got two things I don’t particularly have a high tolerance for: card games and a cast that is predominantly one gender. But hey, I’m too sick at the moment to compose coherent thoughts on Kyousougiga, so why not give selector infected WIXOSS‘s first episode a shot? Couldn’t hurt, right? By the way, I tried to watch Blade & Soul, but it was about as boring as the MMO itself. Now, how do you manage to make violence and gravity-defying tits boring, I’ll just never know…

• At the start of the episode, a disembodied voice tells us, “I will make your wish come true. Even if it meant hurting someone.” How foreboding. 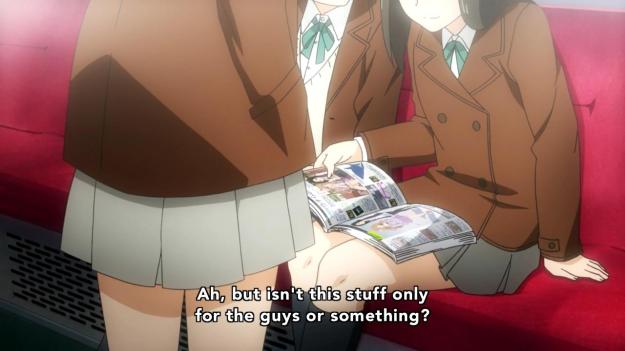 • Ruko is the heroine of our tale, and she is having trouble making friends at school. There’s also this mysterious skyscraper in the middle of her city… 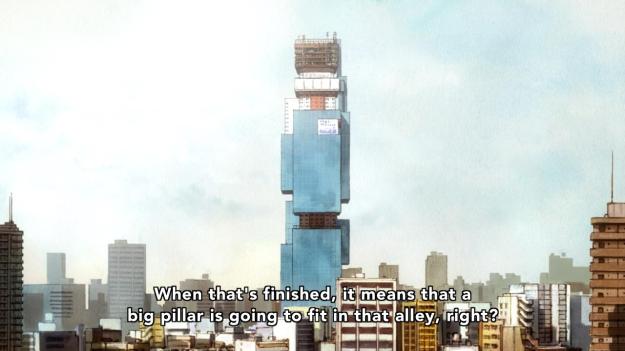 …but don’t you worry about the significance of this building just yet!

• Ruko’s oniichan tells her that her grandmother is worried about her. Why? ‘Cause she hasn’t been making any friends at school. Our heroine bitterly remarks, “I don’t really need friends.” Uh oh, do I smell a traumatic flashback in the near future? Well, since all the girls at school play WIXOSS, good ol’ oniichan has bought his imouto a WIXOSS starter set!

• It’s time to talk about the card game. An LRIG is a card that contains the player’s avatar. Ruko’s avatar? A twin-tailed loli:

But here’s the scary part: Ruko’s LRIG can only say “Battle!” and “Nyah~” over and over. Nyah~! Nyah?! NYAAAAAH~

Please, just stick a knife in my ear. It would be less painful than this bullshit.

• Later that night, Ruko has a frightening nightmare in which the following shows up:

What looks like blood and guts spilling from the sky… 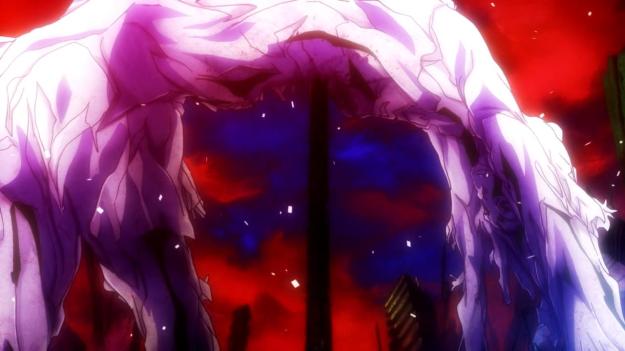 …whatever the fuck this is. I like the static in the background. Static is a bit trite when it comes to conveying horror, but that doesn’t mean it’s any less effective as a result. Oh yeah, there’s this thing: 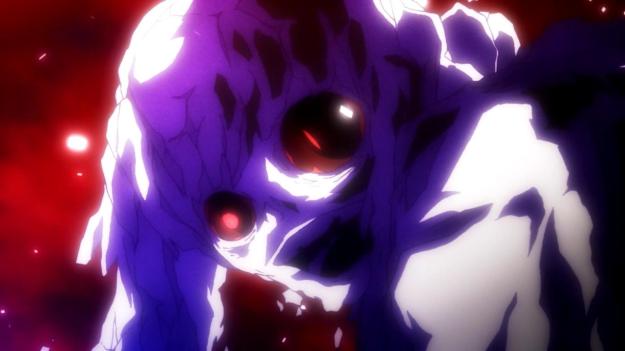 What does this all mean? Beats me. Still isn’t half as scary as Miss NYAAAAAAAAAAAAAAAH~ over there though.

• The next day at lunch, Yuzuki runs up to Ruko and calls her a Selector. Yuzuki has an LRIG of her own too. And what do you know, it’s also a scantily-clad loli:

It also appears to be a tsundere loli, oh ho ho. I’m not surprised whatsoever that girls love this game. Heh, eat your heart out, boys. The next Magic: The Gathering tournament is going to be a female affair~

• Ruko wonders why other people’s LRIG can speak properly and shit. Whoops, you got yourself a factory defect. But it’s okay! I hear those cards are priceless!

• So basically, if you play WIXOSS and win, your wishes will come true. Hot-diggity. But not everyone can partake in such festivities. Nuh-uh, only Selectors. Not only that, only girls can be Selectors. Duh, guys aren’t cute enough to play a game of life and death. And if you lose three times, you forfeit your right to be a Selector.

• Anyway, Yuzuki, the classmate that Ruko has only just met, challenges her to a game. Our heroine doesn’t even know the rules of the game, but she goes along with it anyway.

• Our girls are then whisked away to some post-apocalyptic locale. It’s also color-coded in case you get lost: 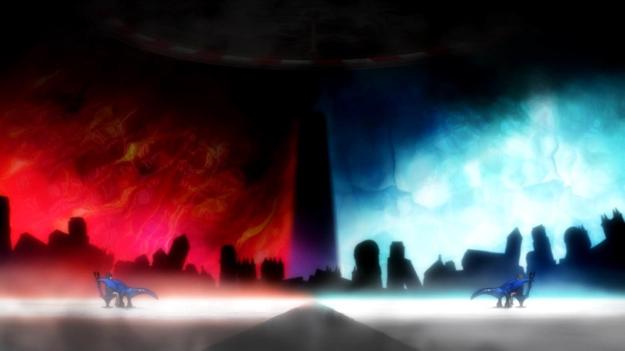 At first, Ruko looks a little frightened by the fact that she has just been transported to some strange location that somewhat resembles her nightmare from last night, but she gets over it pretty quick. I gotta hand it to kids these days. They’re so adaptable to their fast-changing environments.

• Poor Ruko doesn’t even know what a “turn” is. Kazuki, a male classmate, can’t enter this magical world, but he can still communicate with our dear Ruko. Since he wants this to be a fair fight, he’ll guide her through her first battle. Dude, you’re a dude… butt out.

• “It’s just like the rules. Summon a SIGNI, call out the name of your LRIG, and then attack!”

I mean, I’ve played a bit of Hearthstone. Does that count? None of my wishes have come true yet, but one of these days…

• Ruko has to call out her LRIG’s name. I hope it’s Twilight. Or Eterna. That would be sweet.

• Oh, it’s just Tama. Boring. Oh good, her LRIG has learned a new word. It can now squeal its own name like a Pokemon… a sexy, loli Pokemon. Eat your heart out… Gardevoir? Now of course, if you simply want to puncture your eardrums, most instruments will do. But if you’re like me, you’ll go for only the very best: 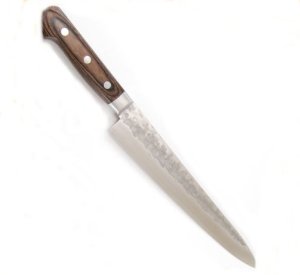 And there’s nothing quite like a professional Kikuichi slicing knife to get the job done.

• Kazuki then goes on and on about how the battles need to be fair and square if they’re going to grant wishes. What a card.

• Of course, Ruko’s already a prodigy at this game even though she hasn’t even fully comprehended its rules. Not only that, it appears as though Tama has a cruel streak. Lolis these days, man.

• It turns out Yuzuki wants to win in order make Kazuki her boyfriend. I dunno, you could just try… hm… asking him out? You may lose some dinky card game, but you’ll win in life!

• But then lunch break ends, so the kids have to get back to class. As a result, no loss is accrued for either side. Heh, saved by the bell.

• Oh, even better: it turns out Yuzuki and Kazuki are twins! No wonder she can’t just ask him out. But hey, incest!

• After school, Ruko invites Yuzuki over to her place. Aw, she feels guilty that her grandma is worried about our heroine’s inability to make friends easily. Ruko also offers to throw a game on purpose so that Yuzuki can have her wish granted. Yay, incest! But Yuzuki is afraid that playing dirty like that would just make her twin brother hate her. Uguu, incest… 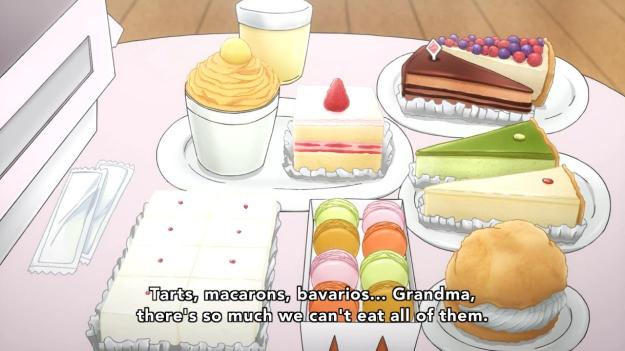 Christ, that’s like thirty bucks worth of pastries. Hell, I’m not even sure how all of that managed to fit in a tiny box. But details, details… insignificant, petty details. Obaachan must have been really proud of her granddaughter today.

• To be fair, the first episode isn’t an utter snoozefest despite being a safe and totally by-the-numbers introduction to some card game. Plus, the narrative’s brief hints at madness keep the show spiced enough for the time being. selector infected WIXOSS looks like one of those shows that has the potential to turn pretty dark, though how much J.C.Staff is willing to commit to that is beyond me. I just wonder if I’ll stick around long enough to see anything juicy happen. Will the show’s need to educate me on the rules of the game inevitably drive me away? We’ll see.