1. The most disappointing anime thus far? According to my readers, it would have to be Terra Formars. I can’t say I blame you guys for voting for this show. The sad thing is, I didn’t even have high expectations for the anime in the first place. I simply wanted some cool-looking action to watch every Friday night. What we’ve gotten doesn’t even come close. Still, the anime is not without its fans. Click here to see if Mira of hachimitsu can convince you otherwise.

2. Fate/stay night: Unlimited Blade Works is the reader’s choice for the second-most disappointed anime of the early fall season. Again, this isn’t a surprising result. We had to sit through nearly two hours of exposition before we got a halfway decent episode. So far, the show hasn’t lived up to the fan hype.

3. Cross Ange finished third, which is a little surprising to me. Didn’t we all think the show was going to be a trainwreck from just the PV and the PV alone? Well, I guess no one expected the show to be this bad.

4. World Trigger finished forth. Yeah, it’s a dud. The animation is ugly, the main characters are annoying to listen to, and the villains are… well, the villains are just there. They’re completely nondescript otherwise. I don’t know what the manga is like, but the anime adaptation simply lacks personality in too many crucial places.

5. After World Trigger, the rest of the votes were pretty evenly spread out. I can’t say a fifth most disappointing anime stood out from the rest of the pack, so we’ll just wrap up this short discussion here.

The most disgusting thing I’ve had to watch this past week.

Congrats! Another show manages to outdo your badness!

It probably has the dumbest characters this season. 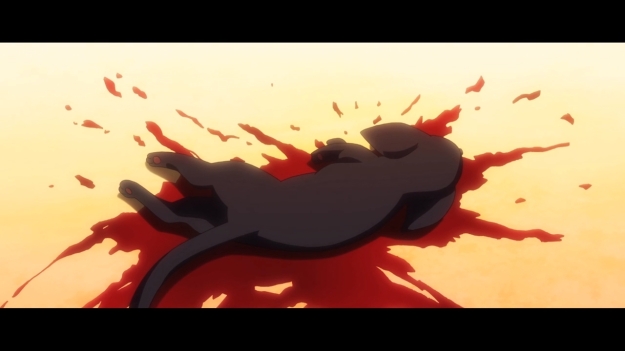 Cheap, manipulative, and worst of all, terribly underdeveloped characters to the point that their stories become nonsensical.

Even when Shiroe is barely in the episode, people constantly talk, think, and cry about him.

All those imaginative powers are wasted if you can’t animate a single, decent fight scene that doesn’t get broken up by a bunch of boring flashbacks. 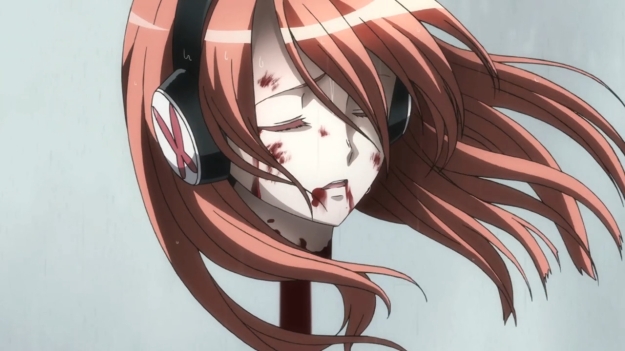 This sort of nonsense occurs way too often. The actual story isn’t strong enough to carry these dumb moments.

Hilariously bad animation is its only saving grace, but ironic enjoyment of badness can only take you so far.

As always, the show about the complete immersion in a fantasy world turns out to be completely unimaginative.

Whether or not I agree with said viewpoints, well, that’s another story, but I can at least respect art when it has conviction. I want to be pushed, challenged, prodded, so on and so forth. Unfortunately, slice-of-life shows like Shirobako evoke nothing; the anime lacks conviction. It’s just, like a lot of other slice–of-life anime, a slice from someone’s life presented as is. It perfectly straddles the middle of the road, and all I feel when I watch is is this vague sense of bored contentedness: “Oh, hm, that’s nice….” Stress bad, teamwork good… yo, that’s not good enough. Shirobako is cute… and, well, that’s about it.

See, I can’t enjoy this series as much as I would like, because I just can’t shake the fact that the show feels like a 24-minute infomercial for Gunpla instead of an anime. Sure, lots of anime series are basically just one big advertisement for a manga, visual novel, or what have you. And you know what, those shows usually bore the hell of me too. What makes Shingeki no Bahamut: Genesis so successful in my eyes is that the show doesn’t feel like it’s trying to push the card game on me. In the makers of the card game’s eyes, this is probably a failure on MAPPA’s part. But in my eyes, I have an incredibly fun show to watch. Point is, I don’t feel as though I can say the same for Gundam Build Fighters Try. There’s just this nagging feeling that we’re here to suck the Gunpla’s shiny, plastic cocks first, then tell a story second. Fair or not, I can’t stay focused when I watch this anime.

This scene was just awkward to watch, ’cause they barely moved anything but their mouths. Anyway, using these fancy new mechas too much will eventually turn you into an empty shell, but would this really be a downgrade for Tokimune? I kid, I kid… maybe. After sixteen episodes, our protagonist hasn’t really changed much. 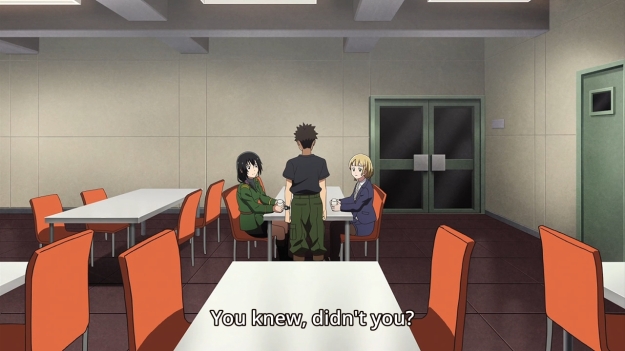 He’s got a one-note personality, and the rest of the show reflects this deficiency. Not being able to pilot the Argevollen should’ve been a bigger loss. Finding out that the Argevollen is based on the same experiments that had killed his sister should’ve made a bigger emotional impact. But in both cases, the show fell flat.

The show sacrifices a bit of its charm in an attempt to deliver drama, but the results feel stilted.

As always, the show is mildly entertaining enough to watch, but instantly forgettable afterwards. See, I hardly remember anything regarding the previous episode’s themes, commentary, subtext, etc. I just know our heroes are headed for some island.

The most recent episode isn’t great, but it doesn’t fuck anything up in particular. That’s enough for me to stick it here.

This shoujo’s alright. Since I just wrote about it extensively, I don’t really feel like saying more. If you’re really curious, read my most recent post on the anime here.

There are still storytelling flaws here and there, but the battle scenes are worth the price of admission. For now, anyway.

Wait, what? The mushi can loop its prey’s time, thereby causing its victims to relive their lives over and over? How does that even work? But as always, the literal details aren’t terribly important.

What’s important is the overall idea that the episode is trying to convey. They say that we can’t change the past. Sure, that sounds about right. By the end of the episode, Kaoru believes this as well. He’s not trying to save his wife by reliving the past; he knows he can’t. They also say that we shouldn’t live in the past. Hm. Now that’s a little trickier. On the one hand, Kaoru dooms himself from ever seeing his daughter grow up, potentially get married, and potentially have her own family. He’ll never get to hold and love his grandchildren (again, this assumes that his daughter will have kids). Nevertheless, a man in despair had to make a quick decision: live the rest of his life without his wife, or trap himself in a (for the most part) blissful loop until he becomes one with the time-looping mushi.

Still, there’s no guarantee that he’d be happy if he had chosen to live out the rest of his life, especially without his wife. There’s no guarantee that the loss of his wife won’t plunge him into a downward spiral from which he cannot escape. She was his support. Even if you say he still had his daughter, your children will have to move on and live their own lives. He just lost the person who had pledged to be by his side forever. That’s why the past is so alluring. Even if he can’t remember a thing by entering the loop — even it all feels like deja vu — from another point of view, the past is certain. It’s set in stone. The future, on the other hand, is unpredictable. It’s scary. Who knew his wife would slip and fall to her death? He didn’t. I can’t agree with the guy’s actions, but… damn, I can’t say I wouldn’t also be conflicted if I was in his shoes.

At the end of the day, however, his wife is now caught up in her own loop as well. She is supposed to be dead, but she must now relive the events of her life up until that fateful day. In a way, that makes her a zombie, doesn’t it? And even if she can’t remember that she will die, there’s something unsettling about the idea that she will essentially relive her death over and over. You can’t shake the idea that death is creeping ever so closer whenever she looks over her shoulder.

Long story short, this is a haunting episode.

I’ve nothing bad to say about last week’s episode. For now, I just prefer the shows above it a tiny bit more.

Not the most action-packed episode — and Psycho-Pass’s treatment of women continues to raise some eyebrows — but the story remains as thematically interesting as it has always been.

I wish I could watch the entire series in one sitting, which is something I rarely say about most anime.

The most recent episode is superbly executed. Could the fight scene at the end of the episode be better? Sure, but here’s the shocking part: I’m not even watching the show for its action.

No formal poll this week. Instead, comment below to tell me all about your most hated character this season. Who do you absolutely despise? Who do you just love to hate?

36 thoughts on “Everything Else, Fall ’14, Week 4: Seasonal disappointments”