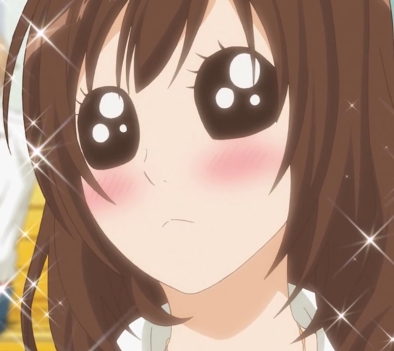 For this post to make any sense, I’ll have to give you guys the basic gist behind the episode. Erika’s birthday is coming up, and she wants Kyouya to give her… love. B-b-but what does that mean?! Well, that’s for our Black Prince to figure out.

There’s only one true answer:

— Nozomi and Takeru have somehow become friends. That’s good, I guess. We should make more friends.

— Nozomi suggests that Kyouya takes Erika to a French restaurant. That sounds romantic on paper, but I think your results may vary. Some French places can serve really heavy food (e.g. risotto, foie gras, dishes cooked in lots of butter), and having a gut bomb go off in your stomach isn’t really a good idea if you want to be amorous.

— What does Erika really want, though? Well, she really just wants to hear him say that he loves her. It’s that simple, I guess. It’s also not love. I mean, love isn’t just a statement; love is an action. Even her best friend is like, “Is that really love?”

— Kyouya tries to tell Erika those three magic words, but he finds it so difficult, he has to excuse himself from the table.

I know I’ve been saying this a lot lately, but if you honestly can’t even tell someone you love that you love them, you should really, really get some help. That’s not even a joke. But it’s okay. The power of anime will eventually heal our Black Prince.

— Even though his two other friends are hanging out with each other elsewhere, they can’t help but spend their entire time talking about Kyouya. Man, everyone’s just obsessed with this guy.

— Hilariously enough, our two love birds end up watching a movie about a guy who can’t say “I love you” to his lover, so the latter calls him a “cowardly, weak-willed, gutless weasel.” I guess even fictional relationships in this universe are screwed up.

— We’re eventually subjected to a boring montage of the two lovebirds on a date. Pretty generic stuff. Instead of showing their characters in all sorts of different locales, why won’t these romance shows just sit their characters sit down and have them share an intimate conversation?

— Guess what? Kyouya doesn’t even know his girlfriend’s birthday is coming up. You can’t really blame him for this one, though. After all, she’s never told him when her birthday is. Nevertheless, Erika stupidly wonders, “Wouldn’t it be exciting if you secretly knew without me telling you?” I’m sure Edward knew Bella’s birthday without her having to tell him.

— There’s one thing you can blame Kyouya for, though! He flat out tells her that he doesn’t want to celebrate Erika’s birthday. He’s just going to do so anyway because he doesn’t want her to annoy him by pouting. Awwwwww.

— Man, our Black Prince will certainly have a day full of fun in store for his girlfriend, huh? Well, not exactly: “Let me warn you, don’t say ‘Anything’s fine.’ Thinking about it is a pain for me.” Why even bother being in a relationship? ‘Cause honestly, when you’re in love with someone, thinking about them becomes effortless.

— Erika’s answer? She wants love. Depending on the culture that you come from, this is either incredibly vague or incredibly specific.

— Kyouya can’t remember if Erika has ever made his heart melt. Wrap it up, boys…

— Don’t worry, you guys. Erika has taken enough punishment to know that she should never have any actual expectations: “As long as Kyouya does something for my sake, I’m okay.” That’s why even though it’s going to be her birthday, she’s planning the entire day out for herself. I mean, you don’t honestly expect Kyouya to step up on this front, do you?

— The girl is so beaten down, she can’t even recognize a present when she sees one. Dude literally has to spell it out to her.

— She then asks him for permission to open it! It’s your fucking present! What else would you do with it?! 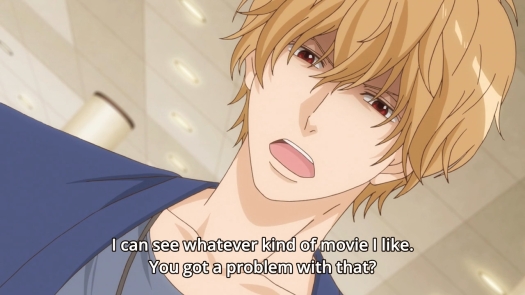 — Dude makes his girlfriend buy the movie tickets for the two of them. C’mon.

— On his own, this is all that the guy could manage to choke out. Nevertheless, the girl is thankful to have spent the entire day with him. So she ends up saying “I love you” first. It’s only after this that Kyouya could summon up the encourage to say it back to her. But for some reason, the anime doesn’t want us to hear him actually say it. Y’see, a truck drives by and prevents us from hearing anything. Erika heard it, though… so I guess there’s that.

— Kyouya tries to practice saying “I love you” to himself, but he literally can’t. In fact, he finds it so difficult that he ends up punching the bathroom mirror. Um, that’s pretty fucked up.

— Anime usually doesn’t have a problem drawing cute kids, but this show dropped the ball pretty hard on this front. Pretty. Damn. Hard.

— And now, everything else: 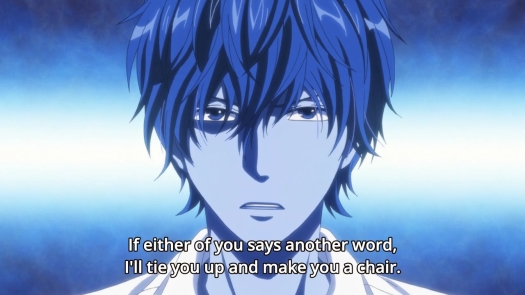 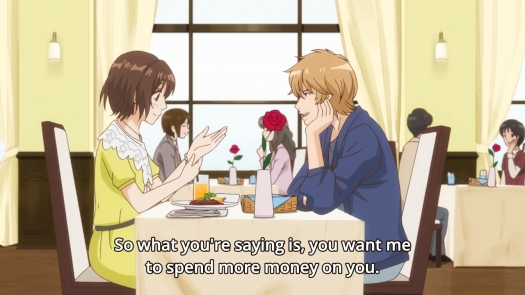 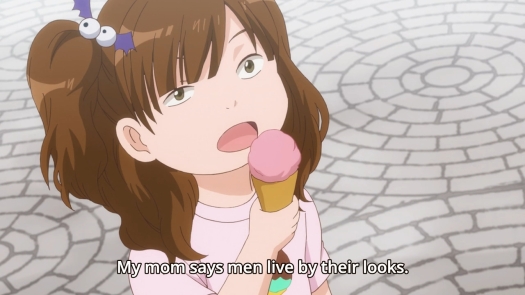