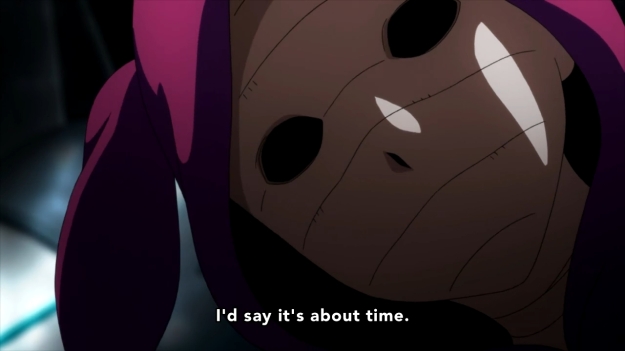 It’s a shame that I have to blog Tokyo Ghoul the same way that I blog harem anime, but that’s how it is these days. The show no longer has any depth. It’s just one unending parade of cheap battles one after the other. 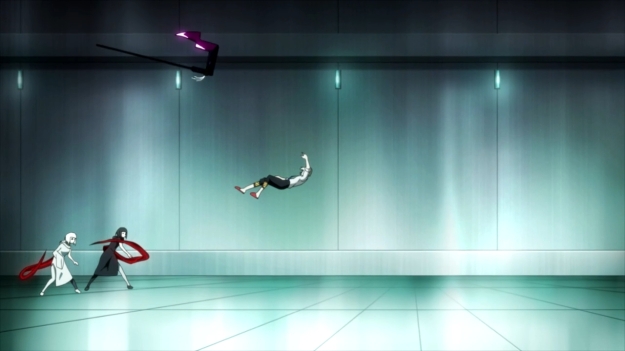 Maybe if the battles even looked good, it’d be one thing… 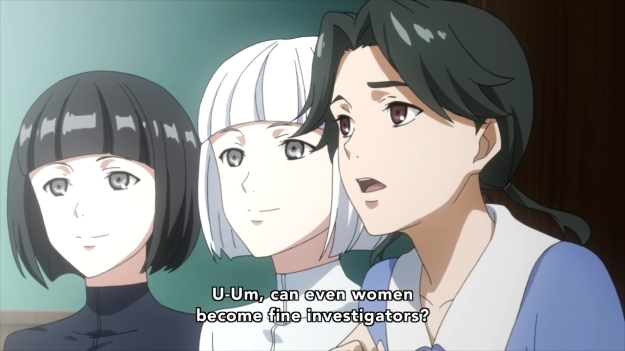 Oh sure, the anime will try to develop these characters. But they’re characters I never even cared about, so why should I care what they were like in the past? Oh, they used to know Amon? Big fucking deal.

Hell, I didn’t care for Juuzo before, and this flashback has changed nothing.

Naturally, I don’t feel even the slightest pang when Juuzo starts hacking away at the twins, and that’s what makes this gratuitous. It’s just senseless violence. 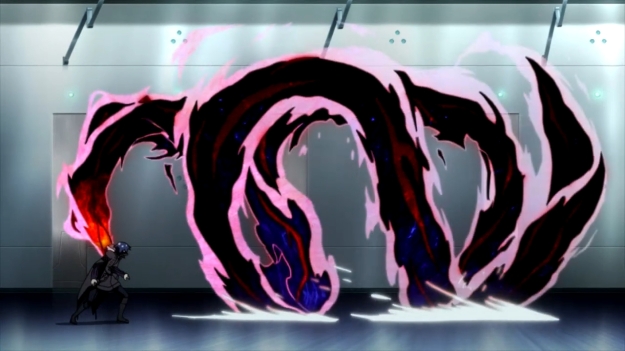 Battles rage on elsewhere. It’s like the writer just can’t stop. He’s addicted to the shounen-esque. Either that or he’s making up for lost time. Maybe everyone laughed at how Tokyo Ghoul started out. Or maybe he just saw the lost potential to push manga sales, so he’s doubling up now. In any case, Touka’s brother continues to battle Shinohara.

Supposedly, the armor that Shinohara is wearing used to be Touka and Ayato’s father. We see a flashback of him reading to his kids, then walking out on them. Aaaaaand that’s it. That’s what counts for character development these days, because we have to hurry on back to shounen battles!!! 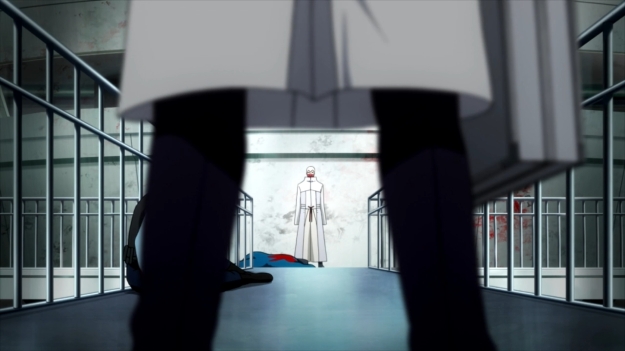 So Juuzo’s battle against the twins ends only for a battle between two other fuckers to start up elsewhere in the facility. It’s sad, man. It’s fucking sad. These two apparently know each other, a revelation that only manages to make me roll my eyes. As if it’s fucking profound that these foes used to know each other.

Oh Ken… Ken, Ken, Ken… what have you become? 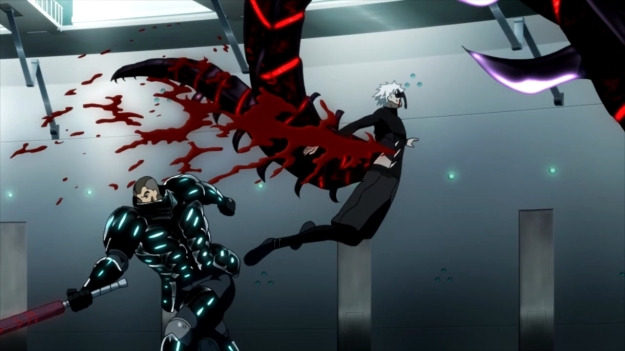 It’s now his turn to battle Shinohara. He morphs into this thing, but he doesn’t even finish his fight with Sachi. Hell, why the fuck was he even fighting Sachi to begin with?

Blah blah blah, Ken can regenerate his shit even if they get chopped off or something. Yeah, bring on the shounen cliches.

We see him ripping away at Shinohara’s armor, but I don’t see any blood or flesh, so I imagine Shinohara will survive this dumb encounter. Couldn’t have asked for a more boring character. Sad thing is, Ken’s been conspicuously absent from the story in the past three episodes, but now that he’s getting screentime, he hardly says anything. He acts a bit like Jason…

…then after Amon goes into a rage…

…he starts crying and says he’s tired of eating. Greeeeeat. 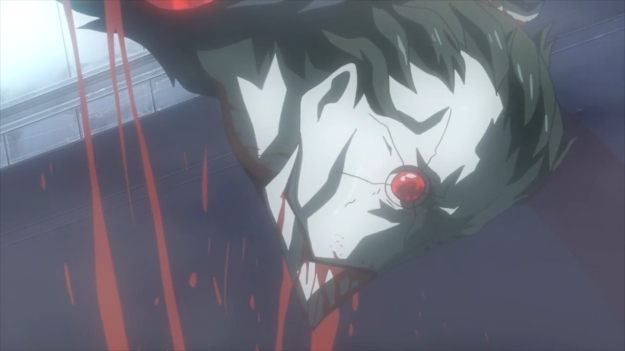 That’s when Eto transforms into this thing and rescues Ken. The end. Seriously, it’s the end. That’s the end of the episode. Blown away, aren’t you? I know I am. It’s fitting that the sequel waited until the winter to air. It’s the time when anime go to die.