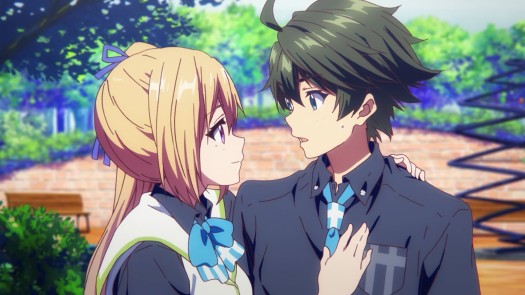 I loosely watched these (mostly KyoAni) anime while grinding away at Super Mario Odyssey, so don’t expect anything in-depth. 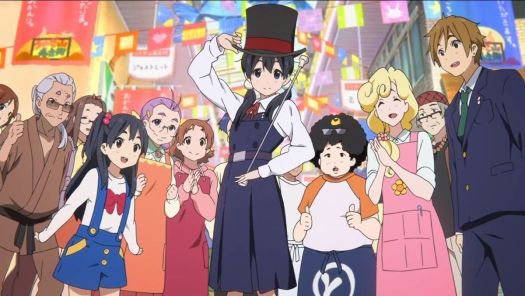 Whoops, I didn’t actually binge this show. I got about four episodes into the main series before I decided to skip to Tamako Love Story. The humor in the TV series didn’t do anything for me. I also missed why everyone just accepted a talking, magical bird into their lives. Nobody was really freaked out by it or anything. Anyway, the characters are your typical KyoAni moeblobs doing moeblob things. The film itself was okay; it was cute, I guess. There’s no grand love story here, though. In fact, it didn’t even feel like a movie. It was more like an overlong OVA to tie up a major loose end. There’s no compelling character arc to follow. Mochizo doesn’t really grow as a character. He got enough courage to confess is all that I can really say. Tamako kinda has to accept that things will change as you grow older, but nothing really profound comes out of it. If you just want to see young love come together, then the movie is an entertaining diversion, but other than that, it doesn’t offer much else. In fact, the best thing that I got out of both the series and the film is that I now really want to eat some mochi.

Beyond the Boundary Movie: I’ll Be Here

Speaking of an overlong OVA, here’s another one. This is not something that you can watch by itself. Luckily, I did watch Beyond the Boundary, but I did so more than a year ago. So details about the story leading up to the movie had become fuzzy. The film has some nice animation, but you really need to care about Akihito and Mirai to also care about what’s happening here. 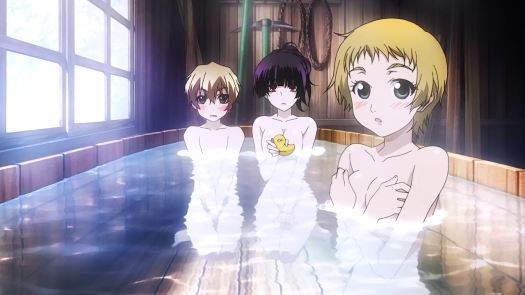 The idea of a guy helping a ghost discover why she was killed sounds interesting on paper, but in actuality, this is just a harem anime. Plus, the major plot line doesn’t really kick in until the final few episodes, so in the meantime, the viewer has to suffer through the same, boring harem hijinks. Technically, he and ghost girl become a couple, so it’s really only a harem anime due to technicality: the other two girls still want his dick for some inexplicable reason. And that’s the worst part about this show. Fine, you’re a harem. Whatever. But Teiichi is a horrible protagonist and an even worse love interest. For reasons that are too long for me to get into, he constantly gives up on his ghost girlfriend over and over, so her grandniece — yes, two of the haremettes are related — has to give him a pep talk each time he decides to be a loser. Pathetic. 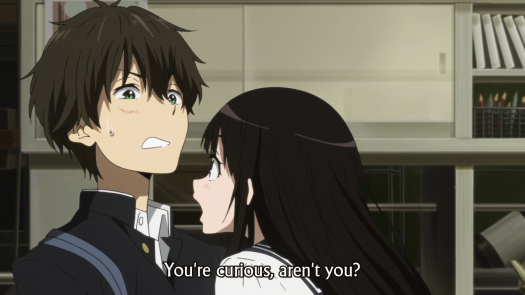 Because I like mysteries, I really wanted to like this show. The soundtrack had all those pieces from Bach and other composers, which was a huge plus. It also helped that you get all these cool shifts in animation styles whenever the characters talked about the mysteries or their memories. Needless to say, I enjoyed the first arc even though I thought the “I scream” wordplay was a little melodramatic. The problem was that the show never really built up to anything after that. I thought we’d move onto bigger mysteries with bigger stakes, but the rest of the series focused entirely on boring high school nonsense. I really felt it during the school festival arc. God, that bored the crap out of me. The characters themselves weren’t strong enough to carry the show, so I honestly stopped a couple episodes short of finishing the series. It just wasn’t worth it. 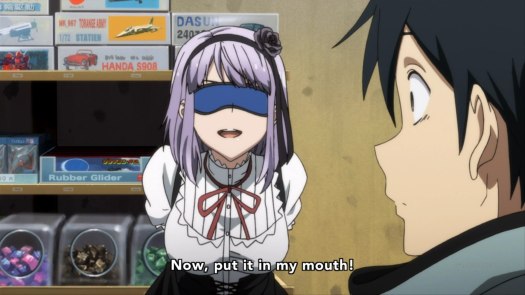 So if I ignore all the pervy stuff and the main character’s shrill voice, I could almost enjoy all the dagashi factoids being dropped left and right. Assuming they’re true. I mean, I don’t know. I don’t eat dagashi, and I certainly wouldn’t research them. There are some humorous moments like their blindfolded taste-test competition. But yeah, this is a comedy slice-of-life anime that I binged through the dub and the dub alone. In other words, I listened to the characters talk while I played games. Before I knew it, the series was over. It got kinda boring at the end, especially when the characters start trying to explore how they feel towards one another. Dude, who cares? Just get back to the silly dagashi factoids. It’s way too difficult to see Hotaru as a real person.

You might be wondering why I’m watching so many KyoAni shows. Well, their shows don’t require very much care and attention in order for me to digest them. I can’t exactly watch something like Fullmetal Alchemist: Brotherhood and game at the same time, ’cause y’know, I want to pay attention to the story. I want to know what’s going on. When it’s a KyoAni show, however, I know I can tune out the stupid bits without really missing anything. The only show I really wanted to pay attention to was Hyouka, but the anime ended up being a huge disappointment in the end. I’m running out of KyoAni shows, though. I’m going to have to find other dubs to binge. And with Xenoblade Chronicles 2 coming out soon, I definitely can’t watch anything good. So if you have recommendations, let me know. Ideally, it’s a show that’s good enough to listen to, but not so good that I need to devote my unadulterated attention.

12 Replies to “Quick thoughts on some older shows”