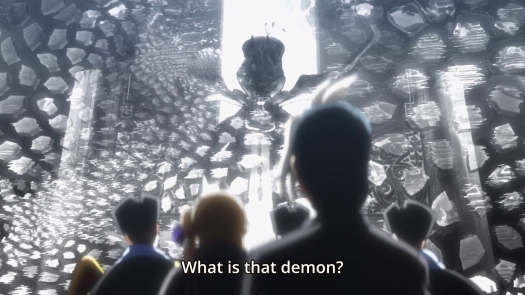 So in this fantasy universe, two factions are at war even though they have bigger fishes to fry (read: demons). But don’t you worry! They’re going to stop killing each other as soon as we can get through this political marriage! A young mage in the audience, however, senses impending danger, but she is unable to do anything about it. Out of nowhere, Diabolos has decided to crash the party, and this is accompanied by a lot of black miasma that looks poorly animated. I don’t think we’re getting A-1’s A-team here. Two archdukes try to stop Diabolos with something called a Crest, but they end up losing their heads in the process. As a result, there’s no political marriage even though the bride and groom are still alive, because… reasons. And as a result, the two factions are back to killing each other, because… reasons.

Later, we see that same female mage now in a carriage. We learn that her name is Siluca, and she’s not too pleased about her current situation. She’s on a trip to form a contract with some lecherous count, and as a result, she’s in some skimpy outfit that doesn’t seem very conducive to magery shenanigans, but eh, what do I know about being a mage? Anyway, forming contracts is a thing in this universe. If you’re a mage, you form a contract with a master who is usually a noble in possession of a Crest. Along the way, she bumps into a contingent of soldiers after her head, because they belong to the faction that opposes the count. She’s about to set them straight because, presumably, she’s a well-trained mage, but all of a sudden, some bog standard hero comes to her unnecessary rescue.

Enter Theo. He has a Crest, but it’s an itty-bitty one. It’s so small, he can’t even be a knight. Yeah, so uh, Crests can have ranks and you need to power your Crest up by absorbing Chaos into it…? And you get more Chaos by defeating demons, I bet. All in all, it feels very video gamey. Naturally, this is an adaptation of a light novel that also inspired a table-top game, so what more can I expect, right? Anyway, Theo comes from a land torn apart by greedy nobles, but that seems to be the case everywhere. But this backstory is enough to explain why he’s on this grand quest to achieve world peace or whatever. He just needs to level up a little. In the meantime, he makes up for his lack of abilities by having a huge heart. He fights off the soldiers in a not-so-impressive fashion. This is due to the fact that he’s not very skilled yet, but also because the animation just feels very uninspired.

Nevertheless, Siluca is impressed so she wants to test him further. She somehow summons a two-headed black dog-beast thing. After a close brush with death, our hero manages to defeat that as well. And his reward? Just enough experience points Chaos to level up to Knight. Absorbing Chaos doesn’t even look cool or anything. This black ball of miasma just shrinks until it disappears into your Crest, and you rank up. Whoop. Siluca then enters not just any contract but an eternal one with Theo much to his chagrin. Can’t blame the guy. He barely even knows her. But even so, he allows her to drag him wherever her heart desires. So they go and challenge the asshole who had sent the soldiers to attack her. 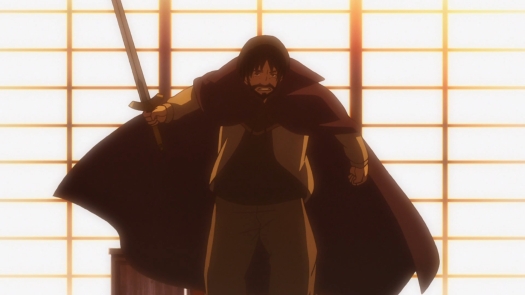 Oh hey, it’s the first boss of the video game. Naturally, he’s just some drunk schlub in the middle of an empty castle. Siluca does most of the talking; Theo pretty much just follows her. Without even really discussing anything on his end, he and the evil lord just start fighting. Both opponents have Crests, but you can’t tell. Nothing cool happens. Again, after some unimpressive action, our hero is victorious and with that goes the spoils of war, i.e. the bad guy’s Crest and domain. Goody. Theo can now become a lord. The bad guy’s mage also wants to form a contract with him. Man, everything’s just going his way today. All he has to do is sit back and let Siluca do all the thinking. She’s the brains, he’s the brawn. And together, they’re going to bring peace to the world by beating everyone else up. Naturally.

The show doesn’t start off too poorly… I think. The whole Diabolos business kinda hooks you in. You kinda wanna know what his deal is. But then everything that happens afterward really lacks hype. Theo fights off some lame level 1 soldiers, beats a level 3 midboss, then kicks the level 5 boss’s ass. It’s not the most attention-grabbing way to start off a series. Not once does Theo look heroic. It’s also hard for me to share Siluca’s perspective. She sees something special in Theo, but I don’t. In fact, I don’t see what’s so special about her either. Other than summoning that dog-beast thing, she doesn’t do much else to mage it up. Let’s say you just want some dumb action anime to follow. So far, Record of Grancrest War doesn’t look like it can deliver on that front. 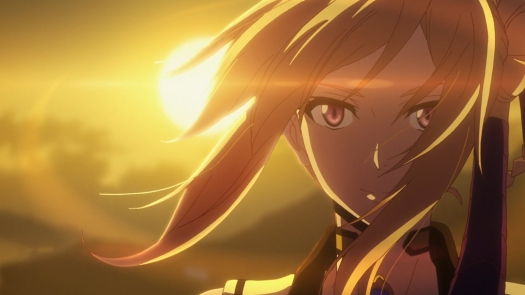 Most of all, the episode is too consumed with establishing the rules of the game, so to speak. This is how Crests work, this is how being a noble works, you gotta rank up like so, you need to get this and that domain, there’s this faction, there’s that faction, blah blah blah. We’re so busy setting the story up that we lose sight of giving the audience something to attach themselves to. The first episode lacks a strong compelling emotion to drive the hero’s journey. Much of the world-building comes from exposition. We’re merely told that the land has been torn asunder by demons and infighting between greedy nobles, and at best, we get to see an abandoned village covered in cobwebs. If I’m not emotionally invested in the characters, then I’m not emotionally invested in their journey either.

One Reply to “Record of Grancrest War Ep. 1: Where’s the excitement?”