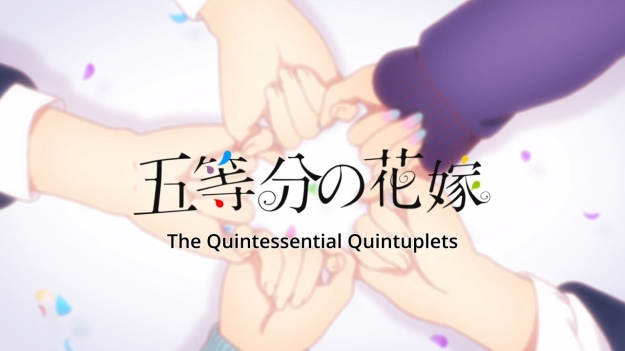 I actually had a tough time titling this post. “Five dumb girls and an asshole?” Unfortunately, my general policy is to avoid curse words in the title. “Five dumb girls and a dick?” What is this? A porno? So we’ll just go with “Five dumb girls.” So here’s the deal: our hero Futaro has the unenviable task of trying to tutor five really, really dumb sisters. Oh, but that’s not the only gimmick. First, I should mention that Futaro sounded really familiar to me right from the get-go. It was like I had known him all my life. Then it finally hit me: it’s Kirito. Futaro is Kirito! Harem in virtual reality, harem in actual reality! Now that we’ve gotten that out of the way, let’s learn a thing or two about the harem lead: Futaro is really, really poor. He’s “get me a BBQ beef bowl without the beef” poor. So when Raiha, his dear imouto, tells him that he has the golden opportunity to tutor for a rich family, the guy does everything in his power in order to hold onto the job. After all, it’s not just his ass on the line. His family’s livelihood depends on this. Futaro is confident. He thinks he has this in the bag. After all, he just has to ensure that the girls all pass. Not everyone is in danger of failing… right? Riiiight? 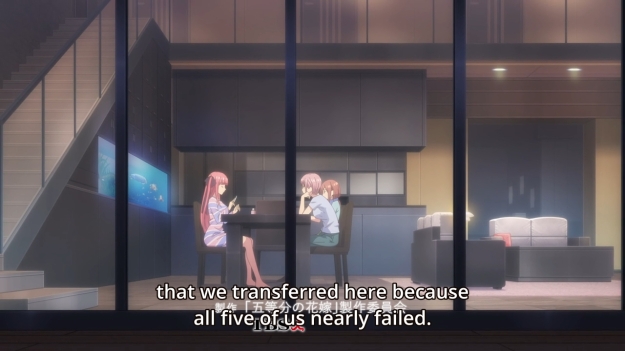 Well, if the girls are doing this badly in school, they must want Futaro’s help, right? If only. In actuality, our tutor’s tutees don’t want him. We’re getting ahead of ourselves, though. After all, this is a harem anime, so I’m sure you’re just dying to get to know the girls. Well, are you one of those people who think doing twins would be hot? 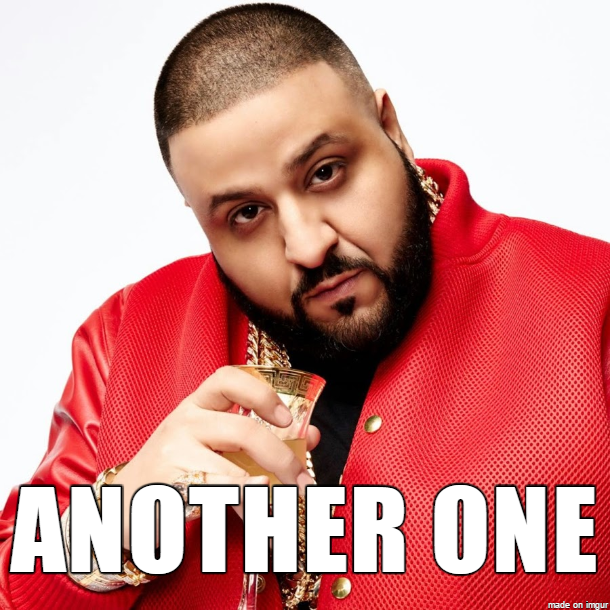 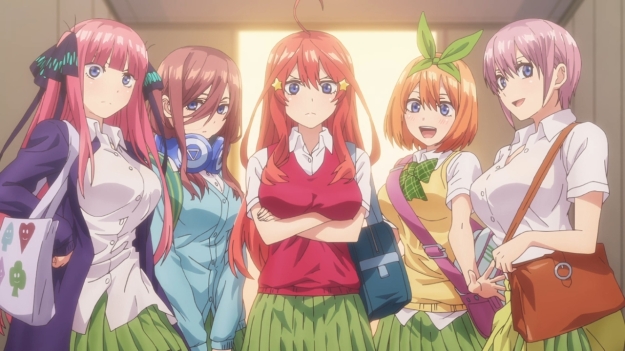 Are you happy now, you greedy bastard? Don’t worry, because they all have different hairstyles and personalities to help us tell them apart. ‘Cause I mean… it’s their personalities that we really care about, right? But this is anime, so originality isn’t very important. As a result, our five girls are nothing we haven’t seen before. 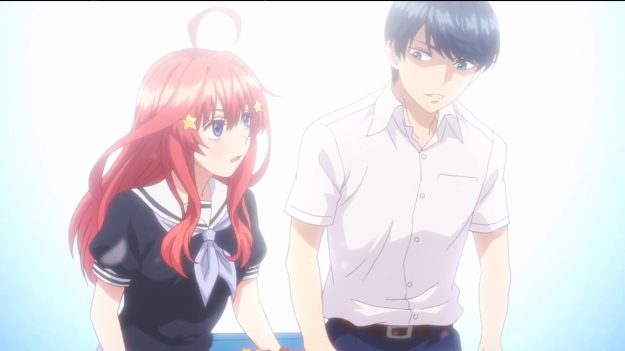 First, we have Itsuki, who is kinda tsundere. She and Futaro butt heads right from the get-go, because he dared to make a tactless comment about her weight. As a result, she insists that she doesn’t need the guy’s help; she intends on getting a passing grade all on her own. Normally, that would be commendable, but she literally had to drop out of her previous school. That’s like a cancer patient telling a doctor that they’ve got it under control. Look, my essential oils will take care of it! Nevertheless, when Itsuki realizes that the Uesugi family is in dire straits, she encourages Futaro to stick with the job… kinda. Remember, she’s still gotta be tsundere. 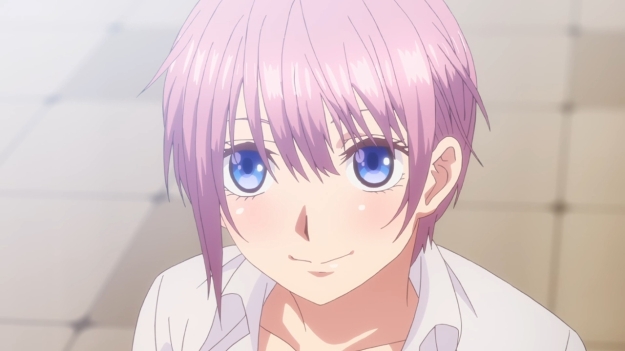 Next up is Ichika. Even though these girls are all quintuplets, someone has to play the onee-san role. As a result, our short-haired girl is a bit of a tease. But don’t get too excited, because she’s also a hot mess. If you go with Ichika, I hope you can pony up for a maid. 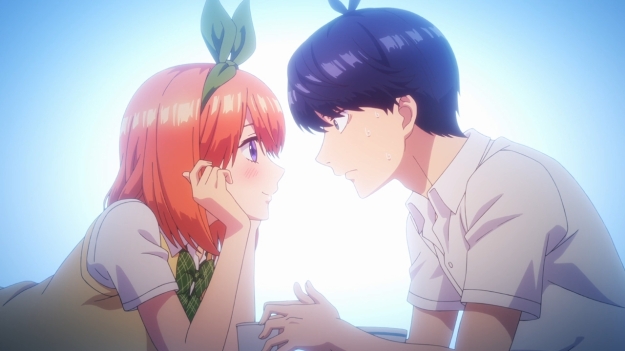 We then have Yotsuba, the lovably energetic airhead. She’s friendly with Futaro right from the start. Why? Probably because she doesn’t know better. Well, someone needs to be on his side. Good luck teaching her anything, though. 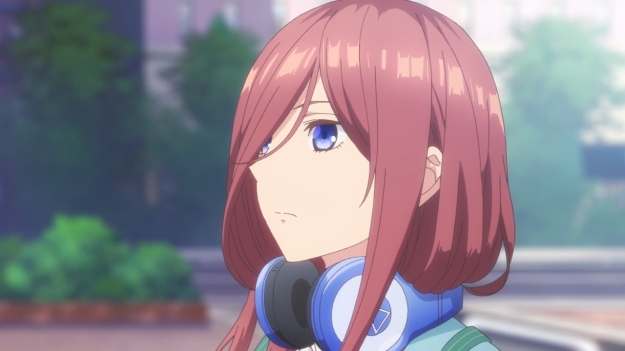 And what harem is complete without a Rei-type? You always need a girl with dead eyes and an equally deader personality, so say hello to Miku. 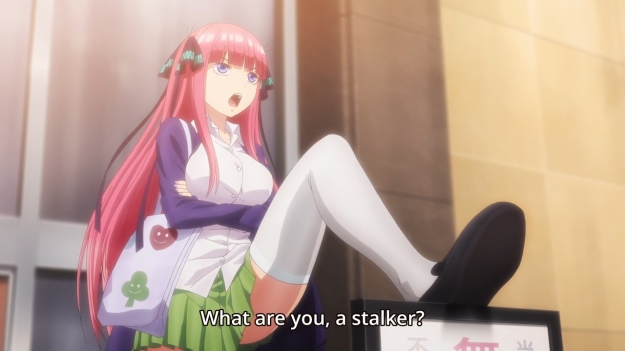 Last but not least, we have the bitch. No, seriously, Nino is the bitch. She literally drugs Futaro on his first day in order to keep him from tutoring them. God forbid someone tries to keep them from failing! Yeah, sure, it’s a bit weird that their tutor is in the same grade as them, but when you’re getting zeroes on your tests, you kinda lose the right to complain. Oh well.

I’m glad you asked! This show still has one more gimmick up its sleeve — one more oh-so-infuriating gimmick. Remember when Nisekoi teased us about that stupid lock? I think the manga ended a few years back, but the anime adaptation never actually got anywhere. As a result, I still don’t know whom Raku had made a promise with (and I’m not going to read the manga). So what does this have to do with Go-toubun no Hanayome? Well, in the distant future, it appears as though Futaro will end up marrying one of these girls. But aha, they’re quintuplets, so even though we can see the bride’s face, this alone doesn’t tell us anything about her actual identity! It could be any of these girls! But if you want to start placing bets, don’t bother because I doubt we’re going to find out. After all, the manga is still ongoing, and this means that the anime adaptation won’t come anywhere close to revealing the bride’s identity. 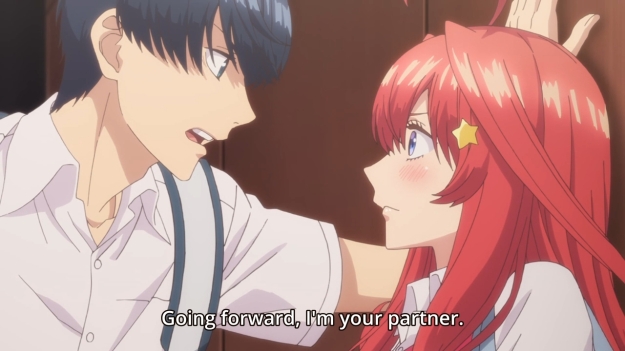 But who are we kidding? It’s probably gonna be Itsuki. If you’re still wondering if this is a good show… shrug, it’s a harem anime. What do you expect me to say?