We saw in previous episodes that the other members of the air force weren’t big fans of Gripen. In this week’s episode, we find out why. 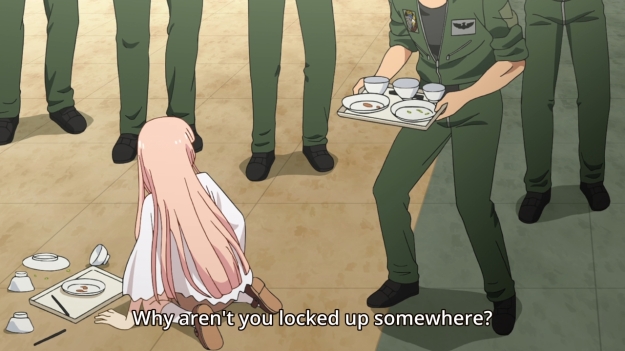 Like usual, you have dumb, angry men yelling at a poor, defenseless anime girl. In these stories, only the main character is nice to the female characters. All of the other male characters are jerkoffs. As a result, Kei leaps to Gripen’s defense. Hey man, why you gotta be like that! We’re fighting for the same team! But then the truth comes out: 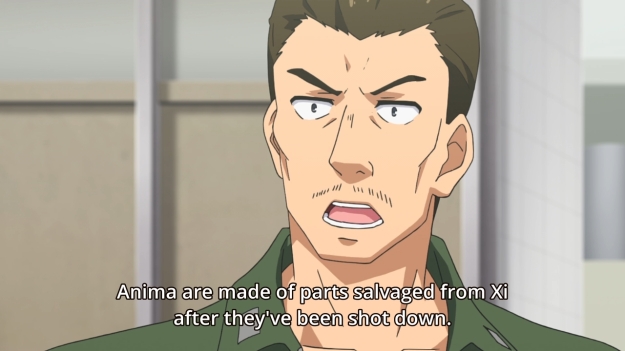 Just look at Kei’s traumatized face, though. No, no, I get it. His mother was murdered by the Xi. Hell, even if I had forgotten, the show has just right kind of flashback to remind me how dumb thing whole thing is.

No, don’t do it, don’t murder my mother! 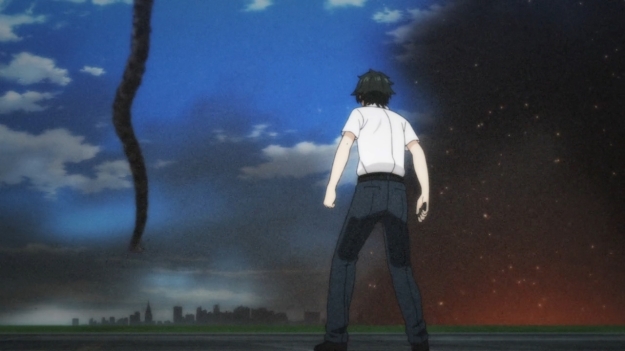 And now it’s coming for me! 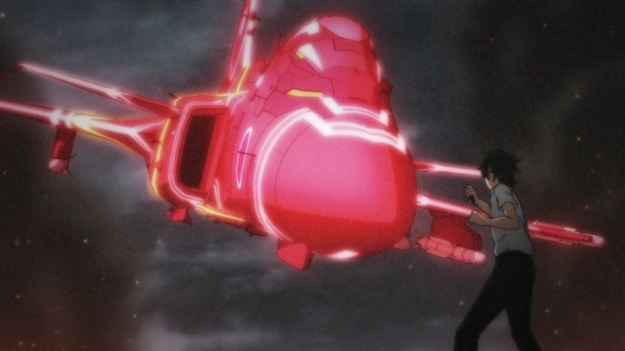 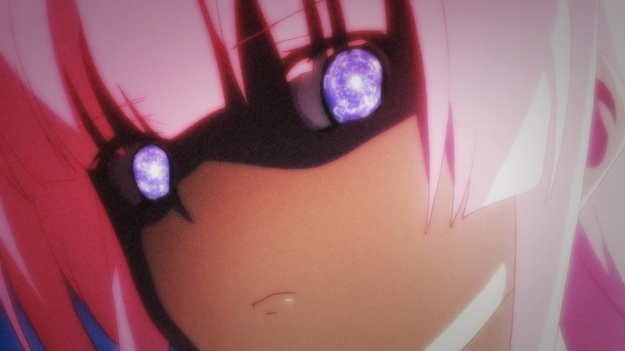 It morphed into Gripen! OH MY GOOOOOOOOOOD~!

If you want to give this show a fair shake, it’s like this: the good guys found advanced computers inside the Xi fighters that they shot down. They then proceeded to create Daughters in a tube with the cores somehow serving as the girls’ spines. Basically, it’s like breeding artificial children just to fight your wars for you. Why do they all gotta be girls, though? Hell, why do even need genders? Ah well. Just chalk it up to anime doing anime things. So what are people all mad about? The assumption here is that these Xi cores must have the potential to go bad. After all, they were bad before, so they can be bad again! Assuming, of course, that they weren’t just following orders. I would also have to believe that evilness or monstrosity is somehow inherent to these Xi cores. That being bad is just etched into their programming, and as a result, they can never escape from it. Maybe the bad guys can flip a switch and take control of these girls. I dunno, man, I suppose that’s possible, but still farfetched in my mind. Still, if this is a legitimate concern, then the entire project never should have even gotten this far in the first place. Something this controversial should have remained under wraps until testing was thoroughly conducted. You don’t let the Anima roam around freely on a base with a bunch of idiot grunts. I guess if you can pin the blame on anyone here, it’s Yashiodoori.

(There’s a buttload of other details that I still don’t really understand. The Xi fighters are just computers? So they’re AI? But they’re also a militant force engaged in Chinese civil war? Nevertheless, Gripen’s purpose is to defend all of humanity, so the Xi will eventually attack the rest of the world?)

As for Kei’s extreme reaction… look, I get it. Losing a parent sucks. Trauma bad! So bad I might even go out and buy a slave! Kei’s not a child, though. I can understand feeling confused and overwhelmed by the major revelation, but to have a nightmare in which you think this innocent girl (who has done nothing but follow him around like an emotionally deprived child) is actually one and the same as your mother’s murderer? C’mon, author. Now you’re stretching it. I think you’re trying a little too hard. I mean, I know what they’re trying to do. The story needs a little conflict, so this is what we get. By continuing to engage in date-like activities with the girl, Kei has been helping Gripen improve her stability. This means she won’t get scrapped, and who would ever want to see a cute anime chick get scrapped? But alas, everything has been going a little too swimmingly for Kei and Gripen, so we need a little drama to spice things up! Yeah, but this plot twist ain’t it, chief. It’s just too cliche. The rest of the episode proceeds to unfold exactly how we expect it to. Kei doesn’t want to show up to Gripen’s test flight. He knows that without him, she can’t remain stable, so her life is in his heads. Nevertheless, he’s being a jerk right now, so he makes plans with his back up (Minghua). But when Kei reads Gripen’s heartfelt letter, this changes everything! He hates the Xi, but Gripen is not the Xi! No monster could be so cute! As a result, he’s off to the races as he tries to get to Gripen on time! Oh lord, let him be on time or we’ll lose our cute anime chick!

Of course, Kei gets there on time, and it initially seems as though Gripen might just pass her test. Unfortunately, a random XI fighter appears out of nowhere. The girl wants to handle the problem herself, but she’s been out too long. So just like that, the girl falls asleep “behind the wheels.” Just as she’s about to get shot out of the sky, she gets saved by another android girl: Eagle.