Mamoru Hosoda’s Summer Wars has gotten a lot of high praise from both reviewers and bloggers. “Imaginative,” “gorgeous…” even “perfect” — these are just some of the words that have been used to describe this movie.

Well, they’re right about one thing… it is pretty. I just didn’t like anything else.

Maybe I just think the movie could have used some judicious editing, because I was tired of the movie after just an hour. To my displeasure, there were still approx. fifty minutes left on the running time. 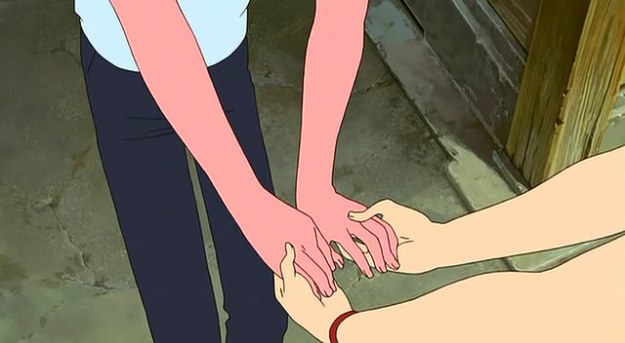 Maybe I just don’t like Kenji one tiny bit. Lovely, another passive and wimpy boy who somehow managed to save the day. It’s nerd pandering that would make Harry Potter blush. You too can save the day — with math! Nevermind that we have technology that could crack any code a billion times faster than any human…. 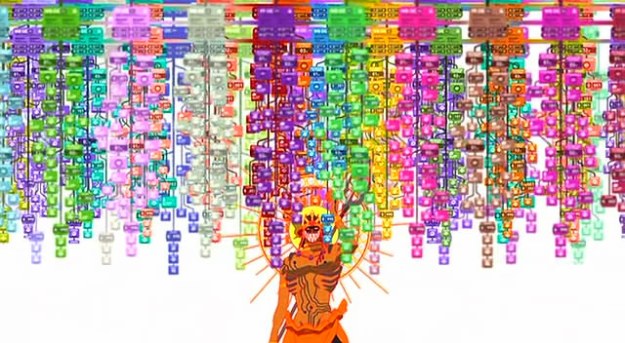 Maybe I just think the plot is simply outlandish — the idea that everything is so inexplicably linked through the Internet that a rogue AI can just bring the world down to its knees on a playful whim. This might seem silly to harp on, especially considering the fact that we have giant, fighting robots and magical schoolgirls in anime, but those shows made some modicum of sense in the context of their universes. I just don’t feel this conflict was realistic in the world that was portrayed by Summer Wars. When inventing something so powerful, why did nobody stop to think of the potential problems? Why would everything come down to some Japanese family? In a world crisis like this, why were there no responses from any government? 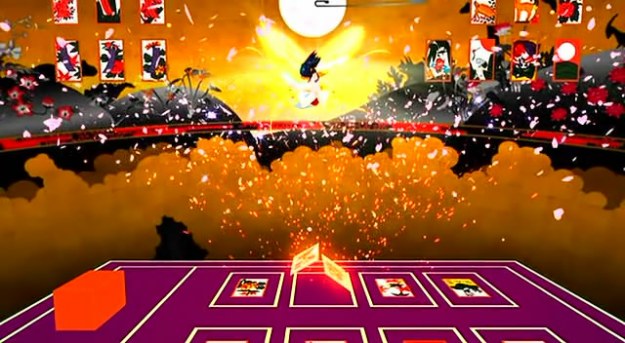 Maybe I just don’t think the anime is very inventive. It’s a spirit bomb. No, it is. They used a spirit bomb to beat the enemy. Majin Buu (Love Machine) is neither good nor evil. It just wants to play, but it nevertheless poses a danger. Unfortunately, Goku (Natsuki) can’t beat the Majin Buu (Love Machine) by himself so he gathers up everyone’s power (OZ accounts) to destroy the beast once and for all.

The movie is even complete with a gratuitous power-up sequence (mahou shoujo transformation) too. Goku may sound like he’s taking a dump every time he powers up, but dear god, I don’t want to hear Natsuki’s banshee scream again. No, I’m not saying Summer Wars plagiarized Dragon Ball Z; lots of anime end this way, but that’s exactly the point. If Hosoda is really the next big thing, he can do better than this.

Maybe I just think the movie is a cheapshot. You know what I’m referring to: “Yes, some poor scientist may have invented the Love Machine, but it was America’s fault for not properly assessing the potential dangers of the invention before unleashing it on the world or, rather, poor Japan.” C’mon, that’s weak. Look, I think it was a horrible idea to use the atomic bomb in WW2, but the message that comes across in Summer Wars is plainly a cheapshot. Looks like a bomb, doesn’t it? If you wanna make a statement against what happened in Hiroshima and Nagasaki, then do it properly. Don’t just toss in some half-assed metaphor at the end of the movie when nothing up until that point even remotely dealt with the issue.

Maybe I just don’t like this family. Maybe I just don’t appreciate family, but the Jinnouchis remind me of just how annoying my Asian relatives can be. Obnoxious, rumor-mongering women, bombastic, full-of-shit men, bratty children, and to top it all off, there’s always some domineering head of the household sitting at the top. Not all families are annoying, sure, but the family in Summer Wars feels one-note and inauthentic. Do you really think a simple letter would wash away decades of bad blood like it did with Wabisuke and the rest of the Jinnouchis?

Maybe I’m just nitpicking, but if you really want a critical assessment, here it is: Kenji sucks. You’re right, I already complained about him, but it bears mentioning again. He’s the main character. He’s the first guy we meet at the start of the movie and he’s the guy who ultimately saves the day at the end. And yet despite all that, he doesn’t change. One bit. Describe his personality at the start of the movie… bashful, shy, nerdy. Okay, now describe his personality at the end of the movie. 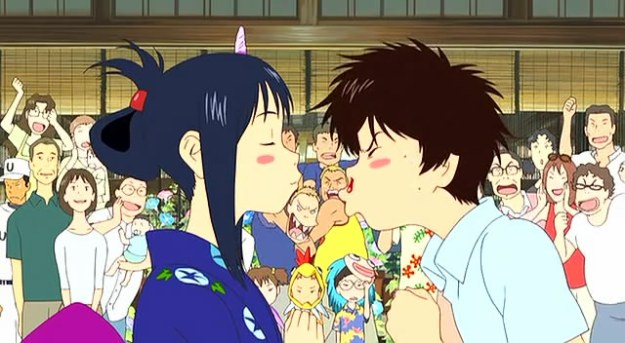 Bashful, shy, nerdy. His character had no arc.

Who did have an arc then, if not Kenji? It’s not the grandma, of course; she represents an unchanging ideal even in death. You could argue that the entire family (excluding Wabisuke) is a character in itself, but I don’t think the family had any meaningful character development either. They accepted Wabisuke back only because they were following orders from the matriarch. Other than that, they said or did nothing of substantial note. Sadly, the only person who had an arc in this movie was Wabisuke, the misunderstood black sheep of the family. 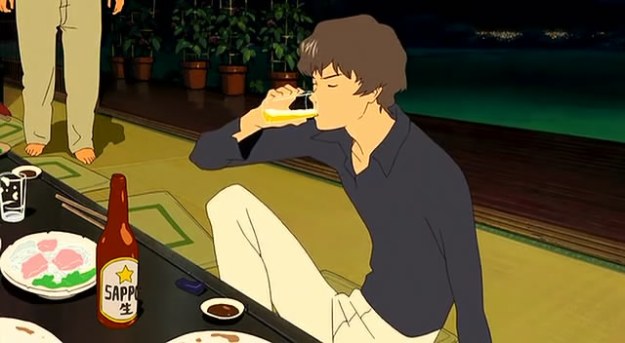 He’s the devil may care rogue who finally realized the errors of his ways, took responsibility and became part of the family. The problem, however, is that he was rarely onscreen. As a result, the audience doesn’t get something human and emotional to connect to. Rather, we are meant to root for some high school nerd and his convoluted fantasy on how to win the girl of his dreams.

Pretty, but pandering; in the end, this is my final assessment of Summer Wars.