WHAT IS WRONG WITH YOUR HAIR?!

I don’t get it. Are you the daughter of Kazuma Azuma?

Did some giant flesh-eating insect lay eggs on your head?

So we’re at a rich school… a very rich school where the ratio of servants to students is probably two to one.

I don’t get it. I know, I just said that, but I really don’t get it. With all the tea and cakes, you’d think they could afford some noses for everyone.

Or maybe some damn bras for their ladies. 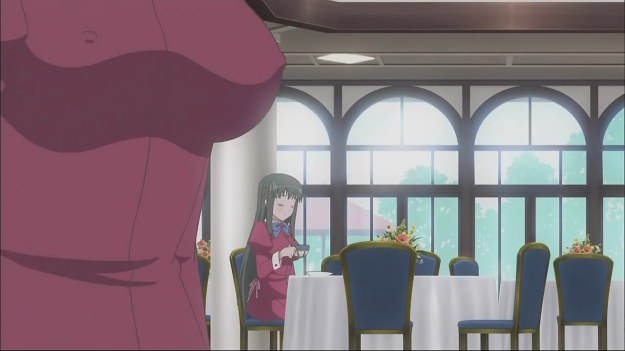 Either that or it’s very chilly and they could use some heatin– WHAT IS WRONG WITH YOUR HAIR?!

You got the childhood friend,

the “clumpsy” (gotta get this sub out first!), 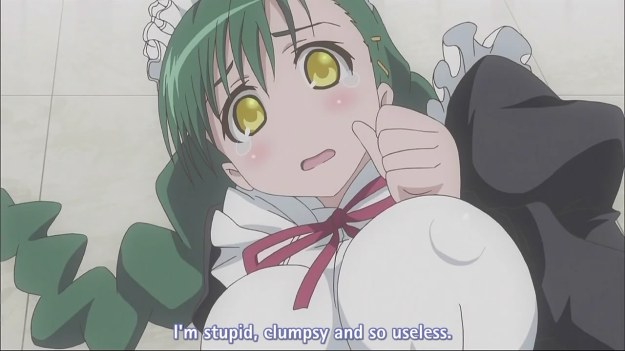 and last, but not least, the tsunde- WHAT IS WRONG WITH YOUR HAIR?! 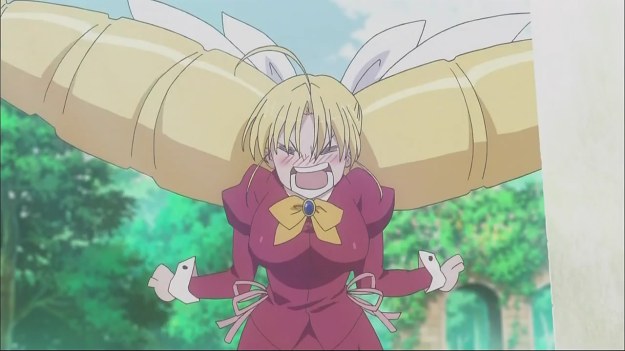 There are a few more characters I didn’t name, but you can rest assured they’re not terribly original either. I realize this is an ecchi anime and those are not exactly tours de force when it comes to originality, so I can’t expect much more than these generic, cardboard cutouts for characters. I just think, however, that an ecchi anime should be able to come up with something sexier or “ecchi-er” than lulz breast grab. 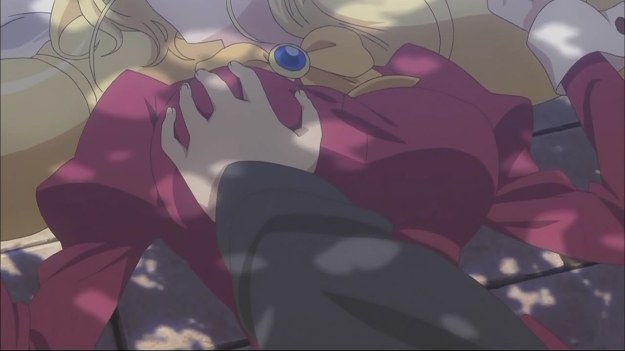 Not once, not even twice… 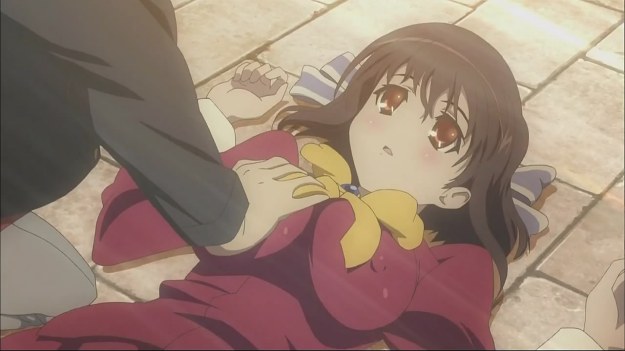 That looked like it hurt. Maybe some lasting tissue damage or something, but come on, think of something different at lea-

WHAT IS WRONG WITH YOUR HAIR?!