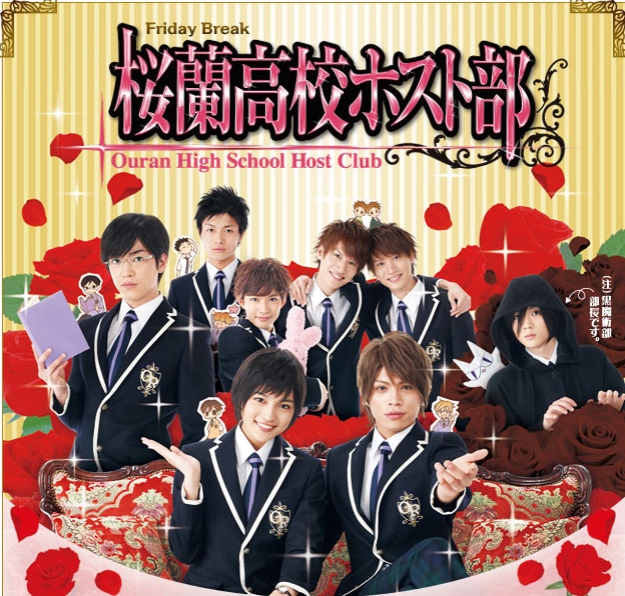 A bit of a belated post if only because there seems to be a dearth of anime this past week. It’s strange, isn’t it? I think “Blood-C” has been rather sub-par thus far, but it’s still weird not having an episode of it to watch every single week. Well, the lack of my usual anime does give me an excuse to get back into the world of live dramas. Of course, with “Ouran High School Host Club,” I’m not particularly interested in the plot. After all, who hasn’t seen the anime adaptation? As a result, there’s not much use in rehashing the story. As always, I’m more interested in how a switch in medium can affect things.

Some things just don’t translate well to live action, but I can’t say Haruhi really suffered too much from the change. She’s just… quite a bit less masculine-looking than one might expect. I don’t think it would have been all that difficult to make Haruhi’s actress look a little more boyish. Naturally, then, I must wonder why the live drama adaptation pulled its punches.

Even after her quick makeover, Haruhi still clearly looks feminine. As with the “Arakawa Under the Bridge” adaptation, I wonder if Haruhi’s androgyny is being normalized to a certain extent for the live drama audience. Still, Haruhi’s conversion to live action seems fine for the most part. It’s the boys who look rather… peculiar. 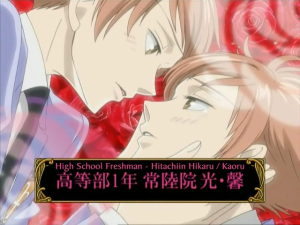 First, it’s a smidge more difficult to imagine that these guys are hot stuff, but hey, I guess I’m no expert so we’ll just put this aside for now. The real problem with the conversion to live action is that, well, the guys come across as creepy. Two boyish twins hugging and embracing each other in anime doesn’t seem all that peculiar for a couple reasons. The twins are more boyish looking in the anime so there’s more innocence to the act. More importantly, however, there’s a level of artifice with animation that you don’t get in live action. With flesh and blood actors, the whole forbidden love aspect between the twins are just a little less fantastical and a little more real. Honestly, that’s just creepy.

Then we get to to Honey. In the anime, Honey looks like a child. Even though we’re told that he’s around the same age as everyone else, his appearance diffuses any potential weirdness. In the live drama, we’ve got an actor, clearly in his mid-twenties or older, acting like a child and jumping into Haruhi’s arms. Like with the twins, that’s just…well, creepy. Then you also have the live drama Honey literally shrinking in midair as he leaps into Haruhi’s arms… yeah, that’s a whole ‘nother level of weird.

Everything else
• Tamaki seems a little more stately in the anime, but this is probably due to the voice acting. True, his character was always a little goofy and dense, but the live drama seems to have taken the silliness up another notch or two.

• Kyoya and Mori didn’t seem to suffer much from the conversion either. It’s just the eyes that are lacking. In the anime, the eyes add an extra level of characterization to the characters. How do you make someone look cool and arrogant? Give him cool and arrogant eyes, of course. In Kyoya’s case, you can’t even see his eyes behind his glasses sometimes in the anime. It’s thus a little harder to read the character’s emotions. This isn’t a big issue, but I thought it was worth mentioning.

• Storywise, the first episode didn’t change things up too drastically. Some minor character ended up getting more screentime, but I think that’s the only big change.

• Does every shoujo at every rich Japanese high school have to talk to some dead female relative? I know Haruhi did this in the anime too, but it’s just so annoying when you start to notice this trope in every single harem where the lead is a girl.