Gosh, all of our kinks are finally coming to surface!

— It’s apparently a big deal that Anzai can undergo a complete transformation without drinking blood. I guess such things are possible when your true love is about to die. Lee’s first instinct is to get Tsukasa away from Anzai, but he might not be able to…

— Lee wants to take her to the hospital. Huh, was she actually hit by a bullet?

— Makimura takes a couple shots at the guy, but misses both times. Everyone has terrible aim in this damn series.

— Yep, it’s her. Man, so many people undergoing major growth in this week’s episode! Anzai can transform without losing control. Zero Seven can actually hold herself back from killing a devil! Pat yourselves on the back, guys!

— Zero Nine wants to know if his girl is okay, because this is the first time she’s shot a human. It shouldn’t make a difference, honestly. You’re murdering someone either way. Then again, he’s a fresh defector from CCC. He probably still has something against devils, but we just don’t know what.

— Anzai doesn’t know what to do about the fact that there are moles within the Public Safety Division, so he has Lee say nothing about Zero Five. Uh, sure, but that just means that those moles can continue to operate with impunity. Let’s hope that this won’t come back to bite our hero in the ass. Then again, he might actually like that…

— The guy finally opens up to Tsukasa about why he’s been avoiding her. Nevertheless, if they wanna take their relationship to the next level, they’ll just have to accept that there’s always going to be a certain level of risk involved. Of course, this is exactly what a typically normal, white bread girl like Tsukasa would want.

— If you think this line is a groaner, hoo boy… just wait until you see the rest of the episode.

— Anzai thinks he’s ugly, but Tsukasa disagrees wholeheartedly. She apparently can’t lie either. I agree with the guy, though. God, the vampire design on this show are fugly.

— Y’know, when your girl tells you that she wants to be with you, I think saying “yoroshiku” and shaking her hand is a tad too formal. Just a tad.

— This is more like it! Put some tongue into it, too! I know this anime loves its tongue!

— Elsewhere, we see Kikuhara assessing the situation. He also comments on Anzai’s father. Well, isn’t that nice to know?

— Wait, Zero Six survived this? Really? Man, what the hell? Bullets can’t do shit in this series.

— Afterwards, we see Tsukasa make preparations to move in with Anzai. I guess she’ll also be safer this way. After all, CCC knows all about her and her relationship with a devil. She’s even infamous online. Still, for most people, they’d say that this relationship is moving overwhelmingly fast. Plus, uh, how has she been supporting herself? And how will she support herself going forward?

— Unfortunately for our lovey-dovey couple, both doctors will be monitoring their relationship every step of the way. Nope, the surveillance is apparently not just limited to sex. They want to see if Anzai can control himself even during a makeout session.

— And to keep Tsukasa safe, we have handcuffs and nail covers. You know who else has nail covers? My cat.

— For the time being, the doctors will only check up on Anzai’s body temperature and heart rate… supposedly. But knowing what we know about technology these days, you can never trust a UI to tell you that the laptop camera is truly off. There’s a reason why Zuckerberg has his laptop camera taped up.

— This next part is mega cringey, so ummm… I’ll let the screenshots tell most of the story. 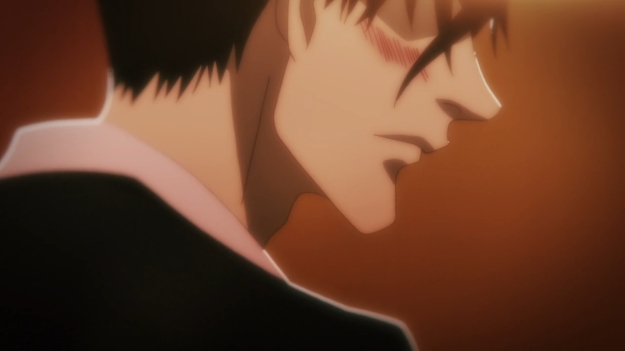 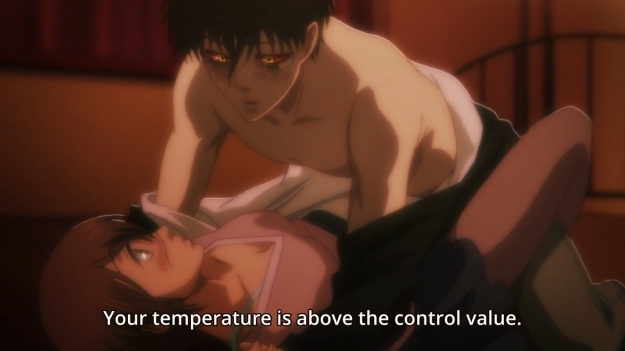 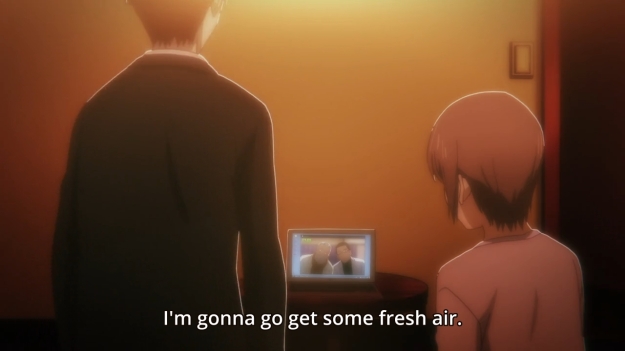 — Eventually, the doctors can’t help but interrupt the mood. This doesn’t mean that our uncomfortable scene is over, though!

— You already saw this screenshot, but it’s too good not to include it twice. 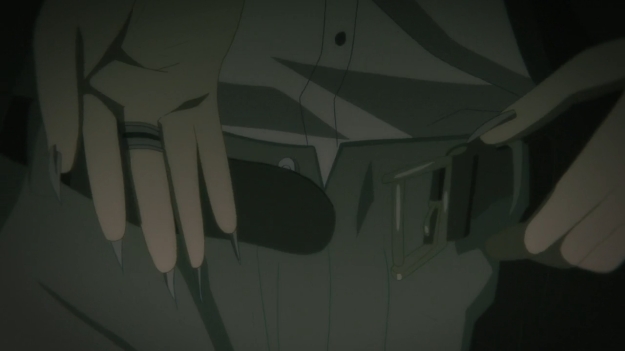 — Alright, alright, enough fun. Time for some bad news. It looks like Sawazaki is about to lose his position.

— Meanwhile, someone refers to this woman as Chief Anzai. M-mom?!

— We later see Anzai and Tsukasa at a fancy hotel. He gave the doctor a ride to the place, because a major conference on devils is about to go down. Our main couple aren’t going to be in attendance, though. The doctor instead gives them tickets to a fancy restaurant. Can you really dine at restaurants in Japan with just tickets?

— The doctor greets Chief Anzai, but for now, she’s going by her maiden name: Midori Sako. Nevertheless, he tells her that she’ll bump into a certain someone. Yep, it’s Anzai’s mother for sure.

— Also, the anime panned to this woman for some reason… I guess she must be important.

— Sure enough, the doctor’s words come true. Anzai doesn’t recognize his mother at all, though (plus, she’s using her maiden name). I guess ONLO probably took him away from her before he was capable of forming any memories of his mother.

— Later, we find her in tears. After all, she just met her son. Still, she must have known he was alive, right? Did she never really bother to check up on his status? See how he was doing? It’s your kid, man!

— Anyways, she goes on to give her talk at the conference. She actually doesn’t want the new human-devil sex law to go down. According to Sako, they’re not ready for this yet. After all, you need special restraints to keep the devil from potentially murdering his or her partner, and those devices aren’t available to the public just yet.

— She also ominously adds that the law is being pushed to allow the government to weed out devils. Oooh.

— And this entire time, our main couple are just having a nice time. Anime really loves its restaurants located up high so that it has a view of the entire city. I’ve never actually been to one. Every restaurant I’ve ever patronized have always been on the ground level. 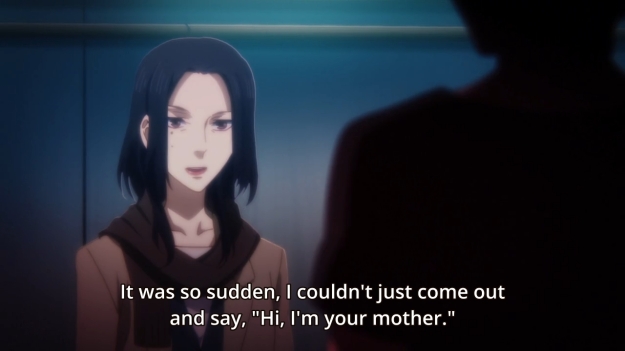 — In the after credits scene, Sako rushes back to ONLO so that she can tell her husband, i.e. Anzai’s father, all about their boy. Aw, what a nice family moment. Sure, the guy is in chains but look, isn’t he just as adorable as his kid! Ugh.

— Anyways, Sako is an ONLO researcher, right? Wouldn’t it be crazy if she insisted on watching her son have sex with Tsukasa. Actually, let’s stop there before we jinx ourselves.