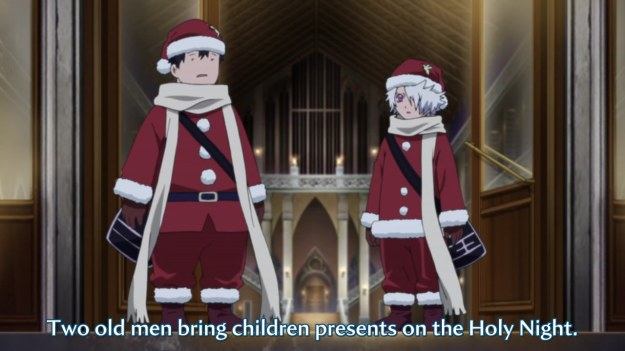 One more old man and it'd be a lemon party.

I was trying to come up with an idea of what to blog about, but the latest Letter Bee was a filler episode and I couldn’t be assed to watch another Miracle Train. In the end, I decided to take a look back at 2009. This post doesn’t necessarily reflect the views of Moe Sucks as a whole nor is it meant to be comprehensive. If I didn’t mention a particular anime, it’s only because it wasn’t the best, surprising nor disappointing. I didn’t want to talk about the bad either because, well, I think most anime are just plain bad (I’ll never understand why people think this is an odd position for an anime fan; most movie fans would agree that most movies suck) and the rest of the blog already covers a part of that. 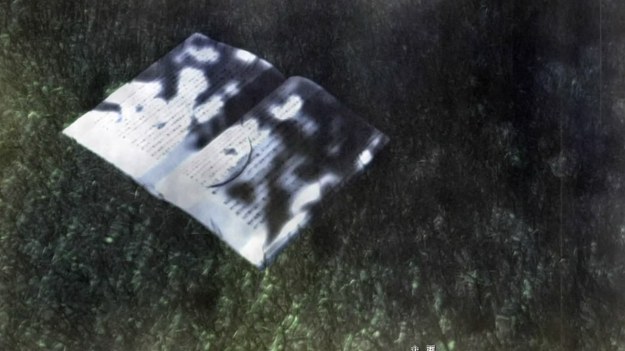 I’ve written so much on Aoi Bungaku already, so there’s really nothing left for me to say. Although I wish Madhouse could have been more faithful to their adaptations, I gotta say they did an amazing job.

I can’t really think of any series in the current season that made me go, “Wow, I certainly didn’t expect that to be so good.” Nyan Koi! might have been it, but the last third of the season took such a nosedive.

Trapeze is painfully boring to me. At some point, the wacky animation became visual noise and I plain stopped paying attention to it. As for the stories themselves? They felt like they came straight out of a Psychology 101 textbook, which would have been tolerable with strong characters driving the action, but there are none. It eventually just slipped from my viewing schedule and I watch Miracle Train sometimes. That says a lot.

Eh… I think this was the worst season of 2009 by far. I guess Kuruneko was cute. To tell the truth, this blog went on hiatus for quite a few weeks during the summer because I simply could not get interested in any of the anime in the summer. In hindsight, I was just a tad wrong because…

…I actually enjoy Umineko no Naku Koro ni. Out of curiosity, I began watching it again a few weeks ago, and it’s somehow entertaining. This really is an anime that is greater than the sum of its parts. I think the art direction is ghastly and the story is ridiculously silly, but that’s the best part. There’s just something very pulpy about this series. The last few episodes have been boring (GET OFF THE SCREEN ANGE), however, so I can’t really say this is a great anime. Have you guys heard of The Room by Tommy Wiseau? It’s this really stupid movie that has developed a cult following among moviegoers. Umineko isn’t THAT bad, but it’s the same kind of experience for me: grab some popcorn and just see dueling witches. Nyoron and I never miss the OP just for the screencap above. 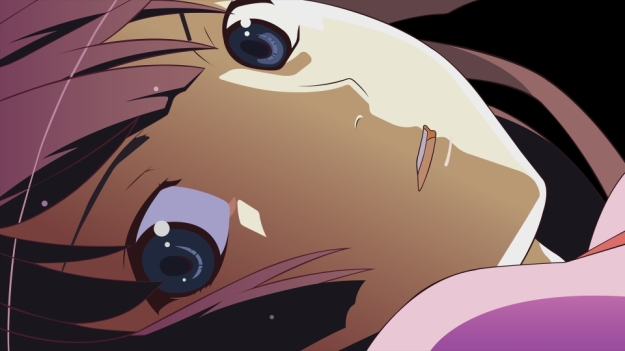 For me, Bakemonogatari became a show more about character types rather than characters themselves. I could not buy into either Senjougahara or Araragi so I eventually stopped watching halfway into the series. I think Shaft can do strong characterizations and I think ef (I only saw the first season however) is some evidence of that, but when I look at either Senjougahara or Araragi, I don’t see two individuals. Instead, I see just another typical tsundere chick and another typical harem lead. The only difference from other shows is that they’ve been “Shaft-ed.” Just by being a Shaft anime alone, I’m afraid, isn’t enough. The visual gimmicks do nothing for me this time around — and they have always been gimmicks, but at least in other Shaft shows, the humor carried the day. A lot of people might say Bakemonogatari is a dark comedy, but I just didn’t laugh. I didn’t cry. I didn’t care.

On an additional note, throw in Zan Sayonara Zetsubou Sensei. When SZS first rolled around, it was fresh and interesting. Two more seasons and it’s the same format, the same structure, the same style. I still like the first season, but no more please.

Wasn’t Haruhi S2 also disappointing? For me, not really; before the first episode  of S2 came out, I had tried to rewatch the first season and it just didn’t hold up anymore. I dropped the second season after two episodes, right before the “Endless Eight” fiasco.

Finally, Tokyo Magnitude 8.0 might have gone here, but I never expected it to be good or anything. In fact, I find Bones rather mediocre for all the hype they get.

I’ve said my piece on Eden of the East here.

Like in the Fall season, I can’t think of anything that surprised me.

Enough vitriol has been written about K-On! on the web and I’m not gonna beat the dead horse again. All I can say is that I did have high hopes for it, but the realization that it was just another anime full of moe settled in around the Christmas episode.

I just think Shaft is in their element when they do comedy and Maria+Holic is no different. I think it’s a great parody and it deserves to stay that way. A lot of people wonder if Kanako would ever get with either Mariya or one of the many girls she fawns over. I think any sequel would unfortunately have to go down that path, and that would be a shame. The show works best, in my opinion, as a jab against all those people who must endlessly pair characters together.

I haven’t finished it, but I wonder why I never gave Rideback a chance when it first came out. I’m only starting to watch it now and it looks like a solid anime so far. I don’t watch everything Madhouse puts out (e.g. Kobato), but they’re usually a good bet.

Can’t really think of any.